Nauru reports – a question not only of human rights, but also of basic humanity 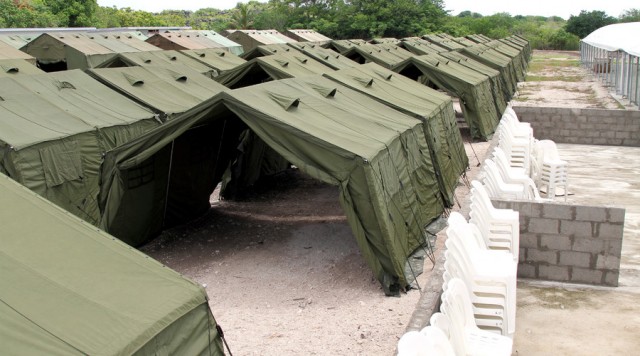 ALHR statement re Nauru reports released by the Guardian

Australian Lawyers for Human Rights (ALHR) is deeply concerned by reports released today by The Guardian that reveal the extent of trauma and abuse – including assaults, sexual abuse, child abuse and attempted self-harm – experienced by children and adults on Nauru. The Australian Government can no longer hide behind its shroud of secrecy concerning conditions facing these vulnerable asylum seekers and refugees.

This newly disclosed information reinforces the detrimental impact of measures taken by the Australian Government to prevent the disclosure of information by staff about conditions and incidents on Nauru, and to restrict access to the island by independent monitors and journalists. Many of the incidents described in these reports were never disclosed, let alone adequately responded to.

Co-chairs of the ALHR Refugee Rights Subcommittee, Khanh Hoang and Rebecca Dowd stated that “Nauru is not a safe environment, for adults and children alike. Healthcare is blatantly inadequate. Numerous human rights are being violated, including the rights to health, security of person and human dignity, in addition to the more specific protections provided in the Convention on the Rights of the Child. Not only do conditions on Nauru have physical repercussions for asylum seekers and refugees, they are also causing long-term damage to their mental health.”

Similar concerns as to the inhumane conditions on Nauru and Manus Island have previously been raised by the Australian Human Rights Commission, the Australian Senate, doctors and health workers. The Australian Government’s assertions that it is doing its utmost to ensure a safe environment on Nauru clearly do not suffice, particularly given that allegations of abuse and misconduct have been made against the guards and other security personnel.

These latest reports – detailing over 2,000 incidents – must trigger policy change. We cannot stand by and allow such treatment and abuse to be inflicted upon people, including children, who have been forcibly transferred by Australia to Nauru.

Given the Australian Government’s swift action to call for a Royal Commission in relation to child abuse at Northern Territory’s Don Dale Detention Centre, it is incumbent on the Government to respond to these reports in a similar manner. At a minimum, a Royal Commission is necessary. Consistent with its vision for refugee policy in Australia, ALHR also calls on the Australian Government to immediately end the harmful practice of offshore processing. This is a question not only of human rights, but also of basic humanity.