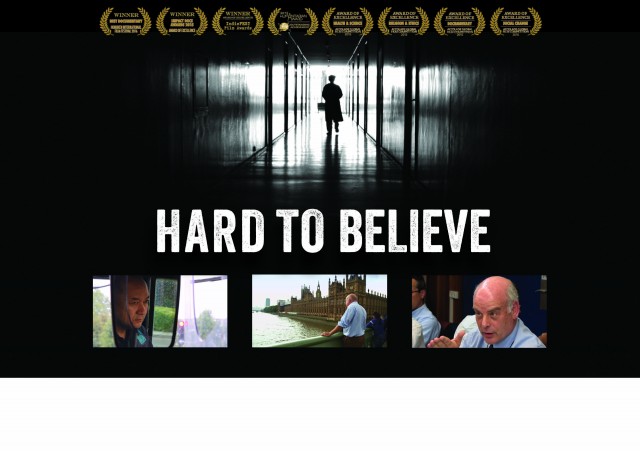 Hard to Believe is a documentary that examines the issue of forced live organ harvesting from Chinese prisoners of conscience, and the response—or lack of it—around the world. Produced by Swoop Films, two-time Emmy Award-winning director/producer, Ken Stone, and Irene Silber.

The first screenings took place in Sydney on the evenings of the 3rd and 4th of August 2016.

Former ALHR President Nathan Kennedy and Dr Sev Ozdowski AM President of the Australian Council for Human Rights Education made opening addresses and the screenings were followed by an expert Q&A panel. You can read Nathan Kennedy’s speech below.

ALHR President Benedict Coyne will be one of three esteemed panelists at the Brisbane premiere.

Guest speakers on the panel:

Premiere screenings of Hard to Believe will also be held in:

Good evening. On behalf of ALHR I welcome you to this premiere screening of Hard to Believe.

Only about 70 years ago the world was shocked by the mass slaughter of the Jewish people by the Nazi state. People tortured and killed and experimented on for no other reason than their religion. It is an understatement to say it was hard to believe. The world said ‘never again’.

Thus was formed the United Nations with a central purpose of promoting and encouraging respect for human rights. The General Assembly would proclaim the Universal Declaration of Human Rights. It recognized the inherent dignity and worth of the human person and the freedoms of speech and belief as among the highest aspirations of the common people.

It’s hard to believe that in the 21st Century, 68 years after this proclamation, a nation which voluntarily became a party to the Charter of the United Nations would not only imprison people for their beliefs but would harvest organs from them. That such a nation would insult the dignity of its victims in the most horrific way using them as spare parts for those willing to pay.

The most recent estimates in the 680 page report by David Kilgour, Ethan Gutmann and David Matas provides conservative estimates of 60,000 to 100,000 transplants per year. It concludes that the majority of organs are sourced from Uyghurs, Tibetans, House Christians and primarily Falun Gong practitioners. You will hear from some of the authors of this report tonight.

But what can be done against a powerful nation such as China? What good is a 68 year old declaration against such might? Well, it serves as a reminder that such evil can be overcome and its words are a rallying cry to action. Professor Jacob Lavee in Israel remembered. His father was a refugee from a Nazi concentration camp. His nation passed a law prohibiting local health and insurance funds financing patients who go to China for organ transplants. You will hear from him tonight.

Similar action can easily be taken here. In fact there is a Bill ready to go before the NSW Parliament to make it illegal for a NSW resident to engage in the organ harvesting trade overseas. But it needs support. After tonight you will know what is happening in China. I urge you to contact your local MP and let them know too.

The UDHR proclaims the recognition of the inherent dignity and the equal and inalienable rights of all members of the human family as the foundation of freedom, justice and peace in the world. If we want such a world, we cannot afford to sit dumbfounded in disbelief at what is happening in China. We cannot let this grotesque assault on human dignity go unchallenged. And we have no excuse to turn a blind eye and do nothing.