ALHR Meets with UN Special Rapporteur on Racism and Xenophobia 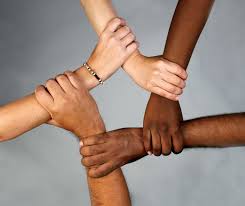 At the meeting ALHR made detailed oral submissions in relation to multiple concerns regarding racism and  xenophobia in Australia. In particular we voiced our strong concerns over current attacks on protections against race hate speech such as section 18C of the Racial Discrimination Act, the increasing “normalisation” of racism in Australia, especially directed at refugees, and our grave concerns regarding the human rights situation and systemic racism facing Australia’s Indigenous peoples. Our oral submissions will be followed up with a written submission.

Following his meetings in Australia, the Special Rapporteur called on all Australians to strengthen efforts to end racism, xenophobia and other forms of racial discrimination in the country, especially against indigenous people, migrants, refugees and asylum-seekers, Muslims, and persons of African descent. Mr Ruteere said:

“The elimination of racism, xenophobia and discrimination will not happen unless it is led by the most senior political leadership and unless institutions such as the media play a constructive role of promoting multiculturalism. To this end, I recommend that the government, at the highest levels, as well as the leadership of other political parties adopt clear, strong and unequivocal positions against racism and racial discrimination.

(I) call upon the Australian Government to recognize constitutionally the role and rights of its indigenous peoples, the Aboriginal and Torres Straight Islanders, and to seize this unique opportunity of reconciliation to consider a broader Human Rights Bill which would ensure protection against racism, xenophobia, and other forms of discrimination to all, in the form of a Constitutional Charter of Rights and Freedoms.”

The conclusions and recommendations of this visit will be developed in a comprehensive report that will be presented to the Human Rights Council in June 2017.