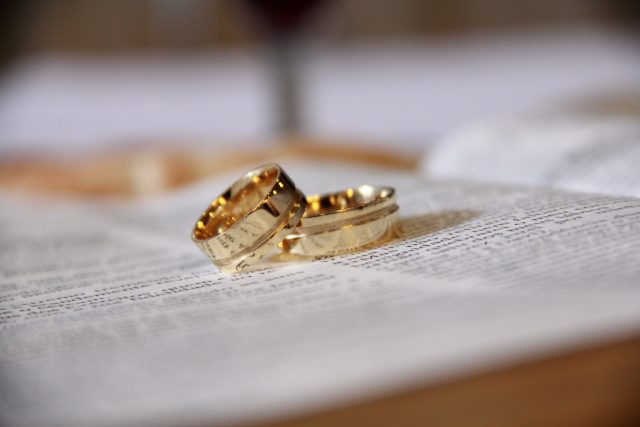 Australian Lawyers for Human Rights (ALHR) has written to congratulate members of the Federal Parliament for committing to allow a historic victory for equality and human rights in the LGBTI community. Australians have voted “yes” in overwhelming numbers and we look forward to the passage of legislation ensuring marriage equality.

We applaud the inclusive language of the Hon. Dean Smith’s bill, the Marriage Amendment (Definition and Religious Freedoms) Bill 2017 (the Bill). The Bill allows consenting adult couples to marry regardless of their sex characteristics and their legal sex classification. Such wording is truly a strong step forward to recognition for transgender and intersex Australians as well as gay, lesbian and bisexual members of the community.

While we are concerned about particular aspects of the Bill and about proposed amendments which attempt to undermine fundamental anti-discrimination principles, we encourage all members in the House of Representatives and Senate to support the passage of the Bill before the end of the Parliamentary Term, and (if thought necessary) to consider the issues of ‘religious freedoms’ as a separate matter after the Ruddock Report has been given.  We believe that any  amendments to the Bill should aim to make the Bill consistent with international human rights law and should wind back rather than expand discriminatory exceptions.

Discrimination on the grounds of sexual orientation or gender identity is prohibited by numerous United Nations instruments to which Australia is a party.

It would be deeply disappointing to see the momentous victory of the postal survey result come hand-in-hand with attacks on Australia’s international obligations to protect against discrimination, which could occur if the government seeks to carve out new avenues to target the LGBTI community specifically.

Having only recently taken up its seat on the United Nations Human Rights Council, it would be very concerning to see measures that are contrary to these instruments passed by the Australian parliament.

ALHR is generally concerned that the Bill allows LGBTI people to be targeted under the guise of “religious freedom” protections, even though civil pathways for their marriage are also provided. We set out these concerns below.

This Bill contains new exceptions for civil qualified marriage celebrants to be able to refuse to conduct marriage ceremonies (which could include marriages of LGBTI couples) by registering in a new ‘religious’ category of civil celebrants. It is unclear whether these celebrants would still be performing secular ceremonies or only ‘religious’ ceremonies.  ALHR strongly opposes the right to refuse service for any civil ceremony.

Such measures undermine anti-discrimination law regarding access to a secular service. This is a concerning attempt to circumvent fundamental anti-discrimination principles and this new category confuses the distinction which would otherwise be more clearly established between civil marriage (open to all) and religious marriage (which will continue to be subject to the rules of that religion which operate outside the Marriage Act 1964 and are not restricted by it).

In addition, we are alarmed by calls for amendments to the Bill that would introduce further exemptions to anti-discrimination legislation in the form of a general “bakers and florists exemption” for all organisations.

Those advocating for such exceptions would be appalled if they were refused services because of their religious beliefs or thoughts. We note that not all religious bodies have called for these exemptions and that the Quakers have supported marriage equality free from any exemptions for the Quaker religion.

That is, to advocate for exemptions on the grounds of the sensibilities of some religions and their adherents or followers would be tantamount to denying LGBTI people one right (the right to be married in a civil ceremony without discrimination by celebrant or service providers) while allowing religious people the right to discriminate against LGBTI people.

Father Rod Bower of Gosford Anglican Church illustrated this point when he said, “It is ridiculous to suggest that an atheist baker could refuse to sell me a cake if he knew I was going to say grace before I ate it.”

No hierarchy of human rights

It is a core principle of international law that there is no hierarchy of human rights – all human rights are universal, indivisible, interdependent and interrelated. The right to express one’s religious beliefs does not “trump” other rights, such as the right to be free from discrimination, but rather must be considered in context. A secular government should not privilege the right to act on religious views above other human rights.

ALHR does not support calls for amendments to Dean Smith’s Bill creating exceptions for those who say that their religious beliefs make it unpalatable to provide goods or services to persons whose behaviour demonstrates views contrary to the provider’s religious beliefs.

Even if accommodation of a religiously-motivated individual’s refusal to serve others for a reason prohibited by anti-discrimination law entails minimal cost or disruption to the customer (because they can find another provider), such accommodation should be rejected because of the harm to the customer that it would cause.

Should  the law permit self-identified ‘religious’ individuals to discriminate on the basis of sexual orientation or gender identity, the existence of such exemptions would itself be an affront to LGBTI individuals, perpetuate negative stereotyping and divide the nation. To call for such such amendments is an affront to a secular society and the right to equality before the law.

Given that discrimination on the basis of sexual orientation or gender identity is (generally) not permitted to those self-identifying as holding contrary religious beliefs in other contexts, ALHR submits that similar discrimination should not be permitted in relation to events surrounding a marriage and marriage-related services.

Various religions prohibit the marriage of other categories of people such as inter-faith unions and divorcees, but the further amendments being sought to Dean Smith’s Bill are not aimed at protecting the religious sensitivities or ‘conscience’ of celebrants or defence force ministers called upon to marry two people of different cultural or religious backgrounds or who are divorcees, or to those providing goods and services in relation to wedding ceremonies.

Under Article 26 of the ICCPR “all persons are equal before the law and are entitled without any discrimination to the equal protection of the law” and this principle extends to marriage equality.

Article 26 is a ‘stand-alone’ right which forbids discrimination in any law and in any field regulated by public authorities, even if those laws do not relate to a right specifically mentioned in the ICCPR. Australia, as a signatory to the ICCPR, therefore has an obligation at international law to grant equal protection of the law to all persons in the context of marriage.

In applying human rights law there is no hierarchy of rights amongst human rights. We therefore must pursue legislation that seeks to maximise rights that may be perceived as competing.

In legislating to recognise the equality of LGBTI Australians, we cannot create new exemptions to anti-discrimination law without undermining the wider principle of fostering pluralism and tolerance as a means of promoting and preserving democracy.