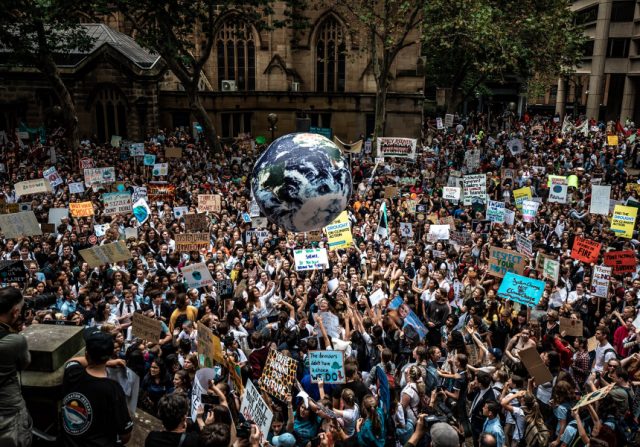 Leading human rights lawyers have spoken out in support of students’ right to attend today’s climate change strikes and to demand Australia take meaningful action to secure the right to a clean, healthy and sustainable environment.

Australian Lawyers for Human Rights (ALHR) President Kerry Weste said, “ALHR stands with children and young people around Australia today as they exercise their internationally-recognised human rights to peaceful assembly, freedom of speech and to be heard.”

“We join them in calling out Australia’s failure to commit to stronger 2030 emissions reduction targets and to plan for the rapid phase out of coal. The ability to meet the Paris Agreement’s ambition to limit global warming to 1.5 degrees requires a 45 per cent reduction in global emissions by 2030 and carbon neutrality by mid-century. Australia is failing on both of these counts and this failure comes with significant costs to the fundamental human rights of all Australians, but most significantly children and future generations.”

Ms Weste continued, “Almost all of the international human rights treaty obligations that Australia has agreed to uphold depend on a healthy environment, especially important Convention on the Rights of the Child (CRC) rights to life, survival, development and health. In November 2021 the United Nations Human Rights Council recognised a stand-alone human right to a clean, healthy and sustainable environment and appointed a Special Rapporteur on the Human Rights Impacts of Climate Change. Just this week, UN Chief António Guterres publicly called out Australia’s poor climate change efforts. Australian children deserve policies that lead global efforts to address the climate crisis and deliver mitigation and adaptation in order to secure their human rights.”

“The CRC explicitly establishes that all children have a right to be heard in all matters affecting them, as well as rights to freedom of expression, freedom of thought, freedom of association and peaceful assembly.  Indeed, respect for the views of children is one of the four core principles of the CRC and the United Nations Committee on the Rights of the Child has emphasised a presumption in favour of children enjoying protest rights on an equal basis with adults.”

“There can be no doubt that climate change is a real and immediate threat to the human rights of all Australians. Today, children will be letting Governments know how they feel about an issue that will deeply affect their lives and those of the families they will grow up to have. All sides of politics should listen and act.”