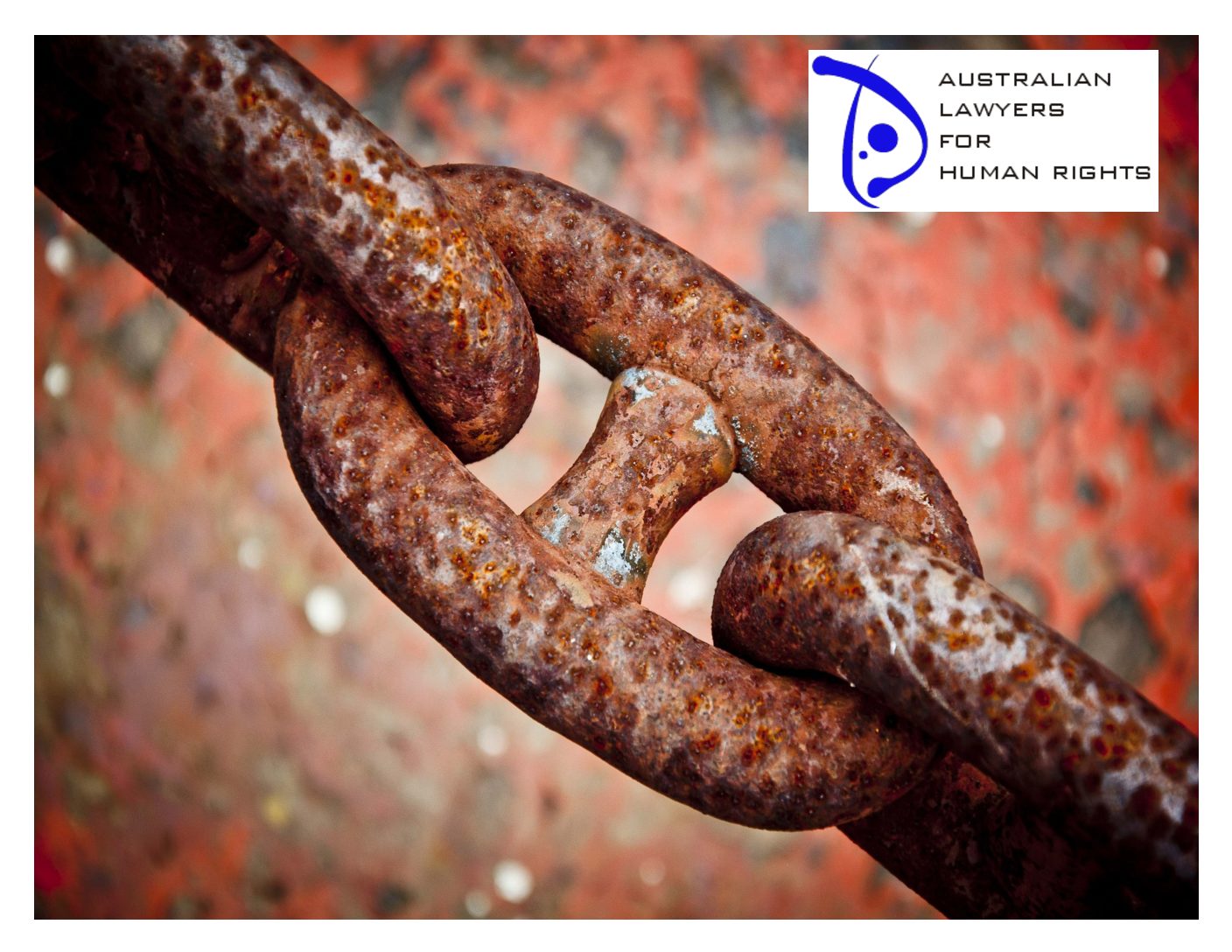 Australian Lawyers for Human Rights (ALHR) applauds the Government’s commitment today to introduce a modern slavery bill to Parliament by mid-2018. Speaking to stakeholders at a seminar in Canberra, Assistant Minister for Home Affairs, Alex Hawke said that, “2018 will be a landmark year in acting on modern slavery” and explained the Government aims to pass modern slavery legislation by the end of 2018.

The Walk Free Foundation estimates there are 45.8 million slaves worldwide and currently at least 4,300 slaves in Australia. This global figure is more than at any other time in human history.

Madeleine Bridgett, co-chair of the ALHR’s Business and Human Rights Subcommittee said, “knowing that the Government has committed to enacting a Modern Slavery Act by mid-2018 is extremely encouraging, and is a step in the right direction to eradicating modern slavery in Australia.”

ALHR is pleased to see bi-partisan support for the Report’ s recommendations including that the new Act should establish:

In addition, the Government today announced a 12-month trial of increased support for victims of forced marriage in Australia through funding to the Red Cross.

ALHR’s Lauren Zanetti, co-chair of ALHR’s Business and Human Rights Subcommittee said, “we urge the Government to continue to work with stakeholders during the drafting of the modern slavery bill. In addition, we welcome Assistant Minister Hawke’s indication that his preference is that the modern slavery reporting requirements for large entities should also apply to the Government.”

Today’s seminar in Canberra was organised by the Salvation Army and Walk Free Foundation to ensure recommendations from the Inquiry’s Report are implemented by the Government. Speakers at the seminar included Walk Free Chairman Andrew Forrest AO, Labor Shadow Minister Clare O’Neil and Committee Chair Chris Crewther, Senator Linda Reynolds, Senator Lisa Singh and Senator Janet Rice. The seminar today demonstrates the importance of civil society and businesses working together to address the issue of modern slavery. ALHR’s October 2017 Submission to the Inquiry can be found here. 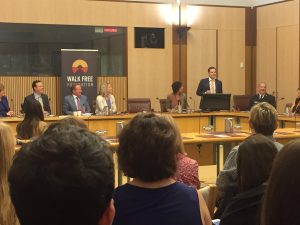