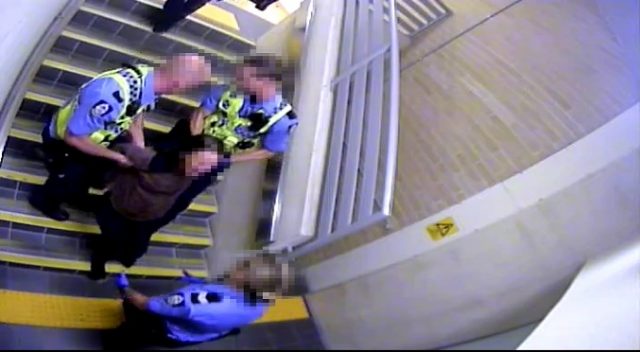 Australian Lawyers for Human Rights (ALHR) condemns the WA Police Force’s treatment of a woman in 2017, who displaced her hip while being arrested and held in custody and was denied access to medical treatment for hours.

A report published by the WA Crime and Corruption Commission (Commission) last week found that, Ms Duncan was held for over five and a half hours, during which she constantly complained of pain associated with her injury. Ms Duncan made requests to contact a lawyer, to see her daughter and for drinks of water, the majority of which were ignored by the staff responsible for her care. The report describes the conduct of the WA Police as “oppressive, unjust and contrary to law”, noting that WA law entitles citizens to seek “necessary medical treatment” upon arrest.

ALHR is alarmed that such an incident could occur just 14 days after the Coroner delivered her grave and highly publicised findings regarding Yamatji woman, Ms Dhu, who, in 2014, was in custody for unpaid fines and died in shocking circumstances after her medical complaints to authorities fell on deaf ears.

“In addition to violating protections in WA legislation, the conduct described represents a very serious breach of article 10(1) of the International Covenant on Civil and Political Rights which affords all detained persons the right to be treated humanely,” says ALHR President, Ms Kerry Weste. “This right extends to the right to access medical treatment and undergo a proper medical examination while in detention, a position that has been upheld by the UN Human Rights Committee”, Ms Weste further explains.

ALHR calls on the WA Police Force to urgently put in place measures, including police education, to promote improved compliance with international legal obligations and to avoid further harmful repeats of such incidents.