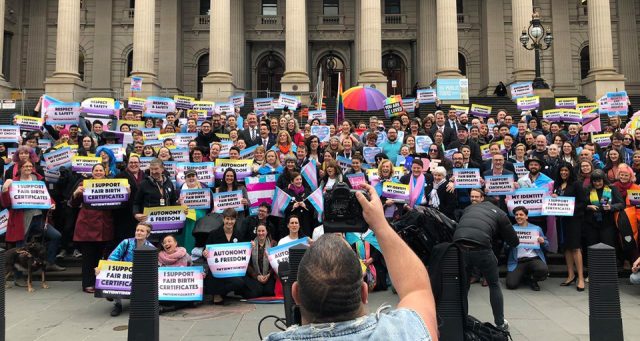 The bill will remove the current requirement for transgender people to undergo sex reassignment surgery before updating their birth certificate, and will allow transgender people to self-nominate their sex as male, female or many other non-binary descriptors of their choice. Children will also be able to alter the gender on their birth certificate, provided they have parental support and a statement from a doctor or registered psychologist stating that the decision is in the child’s best interests.

Georgia Burke Co-Chair of ALHR’s LGBTI Rights Committee said, “Following on from similar legislative change made in Tasmania, the Northern Territory, South Australia and the ACT these amendments will afford improved rights to transgender and gender diverse people in Victoria by ensuring that identity documents reflect a persons lived identity.”

“These amendments are consistent with relevant international human rights standards, including the Yogyakarta Principles Plus 10 (“YP+10”) which affirm binding international legal standards and their application to issues of sexual orientation and gender identity. Those standards impose obligations on States to ensure a quick, transparent, and accessible mechanism that legally recognises and affirms each person’s self-defined gender identity and to make available a multiplicity of gender marker options.

ALHR LGBTI Committee Co-Chair Nicholas Stewart said, “The amendments enacted by the Bill do not take any rights away from parents or other citizens. However, they will ameliorate potential human rights violations against transgender and other gender diverse Victorians.

ALHR calls upon the Queensland, New South Wales and Western Australian governments to introduce similar reforms as a matter of priority. This will ensure that these integral human rights protections are afforded nationwide.”