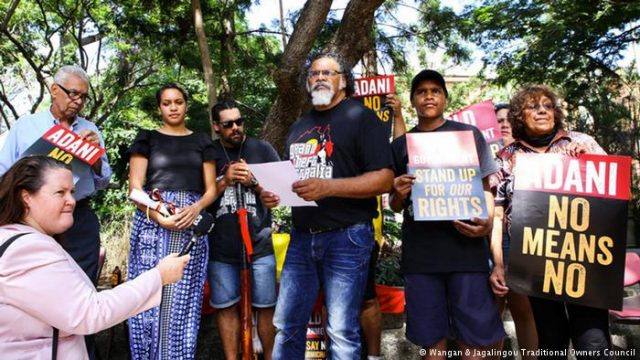 The United Nations’ Committee on the Elimination of Racial Discrimination (CERD) has weighed in on the ongoing controversy regarding the Indigenous Land Use Agreement (ILUA) for Adani’s Carmichael Coal and Rail Project.

A Federal Court’s decision in August 2018 dismissed a challenge to the validity of the ILUA commenced by five of the 12 individuals making up the Wangan and Jagalingou (W&J) native title applicant. The decision is currently on appeal to the Full Court.

In a December letter to the Australian Government, CERD expressed its concern regarding allegations that the Adani Project does not enjoy the free, prior and informed consent of  the W&J native title applicants and that negotiations with them were not in good faith. CERD was also concerned the ILUA could have the effect of extinguishing native title. CERD said that, if these allegations are true, the project would infringe the human rights of the W&J people, as protected under the International Convention on the Elimination of All Forms of Racial Discrimination.

Australia has been asked to provide information to the UN on the steps taken to:

Kerry Weste, President of Australian Lawyers for Human Rights (ALHR) said, “We are concerned by the Federal Resources Minister’s dismissive response to the letter from CERD, in stating that the ‘UN should respect the Australian legal system’.”

“As a party to the International Convention on the Elimination of All Forms of Racial Discrimination, Australia has agreed to be bound by its provisions and to respect the  rules based international legal order. CERD’s letter raises serious questions in relation to Australia’s compliance with international law and the matters raised by it should be addressed with the respect they deserve, particularly by a country that sits on the UN Human Rights Council.”

Ms Weste continued, “The Government should not be surprised by CERD’s letter. It is not the first time the UN has raised concerns regarding the native title agreement-making process. In its periodic review of Australia in 2017, CERD expressed concerns that extractive projects were being carried out without first obtaining free, prior and informed consent, and urged Australia to ensure that this principle be incorporated in the Native Title Act 1993.”

ALHR echoes the concerns of the UN and prominent Australian barrister, Tony McAvoy SC, that the native title agreement-making process may be inconsistent with Australia’s obligations under both the CERD and the UN Declaration of the Rights of Indigenous Peoples which Australia supports.

ALHR is calling on the Australian Government to incorporate the principle of free, prior and informed consent into the Native Title Act. “It is imperative that a system purportedly created to address the injustices of past dispossession does not perpetuate the disadvantaged position of Indigenous Australians by denying them the freedom to decide how to realise the economic potential of their land,” Ms Weste said.