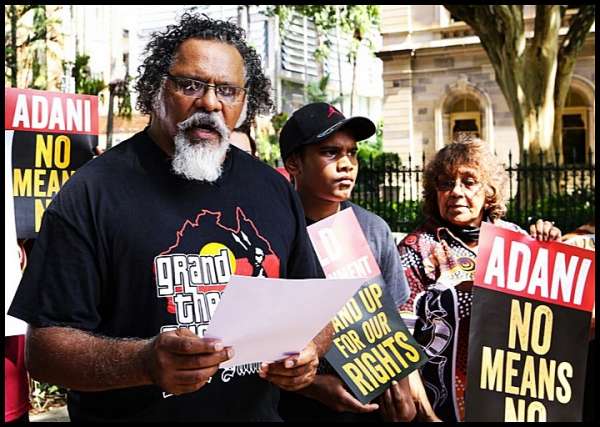 Traditional owners of Central Queensland opposed to the development of the  Carmichael Coal Mine in the Galilee Basin have taken their case to the United Nations in a bid to prevent Federal and State Governments from reigniting the project.  The move to gain international assistance is gathering support with Benedict Coyne Queensland convenor for Australian Lawyers for Human rights saying he is not surprised at the Governments move with native title rights being slowly diminished.

The Wangan and Jagalingou people of Central Queensland are the traditional owners of the Galilee Basin and have twice rejected a Land Use Agreement with the Indian mining company Adani.

Adrian Burragubba spokesperson for the Wangan and Jagalingou Family Council told CAAMA Radio his people are seeking assistance from the UN following what he says is misrepresentation from Government at the Federal and State level.