TIME FOR EVERY AUSTRALIAN TO VOTE… EXCEPT PEOPLE WITH DISABILITY 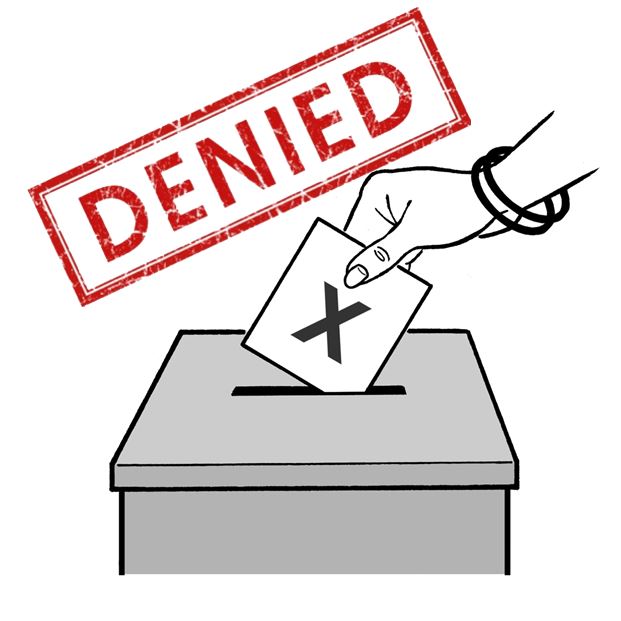 Most adult Australians are currently preparing to vote in the Federal Election on 18 May. Although many of us may take this right for granted, there is no doubt that casting a vote and having your say on who governs our country is a fundamental constitutional right, and a hallmark of democracy. What many Australians may not realise is that there is a whole section of our community who can be removed from the Electoral Roll and disallowed from having their say in every election: people with disabilities.

Australian Lawyers for Human Rights (ALHR) is calling for action to ensure Australian law better recognises the right of people with disability to vote in Australian elections in line with Australia’s international human rights law obligations. Currently section 93(8)(a) of the Commonwealth Electoral Act 1918 states that ‘a person who by reason of unsound mind, is incapable of understanding the nature and significance of enrolment and voting’ is not entitled to be placed or retained on the Electoral roll. In the case where a person is to be removed (having been enrolled to vote) from the Electoral Roll, section 118(4) requires a medical practitioner provide a certificate stating that in their opinion ‘because of unsoundness of mind [the person] is incapable of understanding the nature and significance of voting’.

Natalie Wade, ALHR Vice President and Chair of the organisation’s  Disability Rights Committee says, “Reform is long overdue with Governments of the day consistently failing to act on recommendations received from the Australian Law Reform Commission (ALRC) nearly five years ago. In 2014 the ALRC’s ‘Equality, Capacity and Disability in Commonwealth Laws’ report considered the appropriateness of section 93(8) and called for it to be amended to focus on a person’s decision making ability with respect to enrolment and voting in the relevant election, but also for there to be consideration for decision making support and assistance when determining if the person meets the threshold. Since the ALRC report in 2014, there have been calls on the Government to reform the current law, including from leading advocacy organisations that represent those most affected such as Down Syndrome Australia.

This is a troubling issue for our community that requires immediate attention,” says Ms Wade. “Section 93(8) applies disproportionately to people with disability and violates their right to vote.  It is inconsistent with Australia’s international legal obligations under article 29 of the Convention on the Rights of Persons with Disabilities (CRPD) which  provides that people with disability must be afforded the right and opportunity to vote on an equal basis with others.”

In ALHR’s view the amendments recommended by the ALRC five years ago do not go far enough and section 93(8) needs immediate repeal. Ms Wade says, “There is no way that section 93(8) can continue to operate with any degree of qualification or imposition of a decision-making capacity threshold. The reality is that people with disability must have the right and opportunity to vote. It is their human right to do so, and Australia as a state party to the CRPD must repeal laws which violate those rights”.

It must be recognised that disability results from the interactions between persons with impairments and attitudinal and environmental barriers that hinders their full and effective participation in society on an equal basis with others,”

“ALHR calls on the Australian Electoral Commissioner to lead urgent law reform to repeal section 93(8) immediately to ensure people with disability enjoy the right to vote on an equal basis with their fellow Australians.”