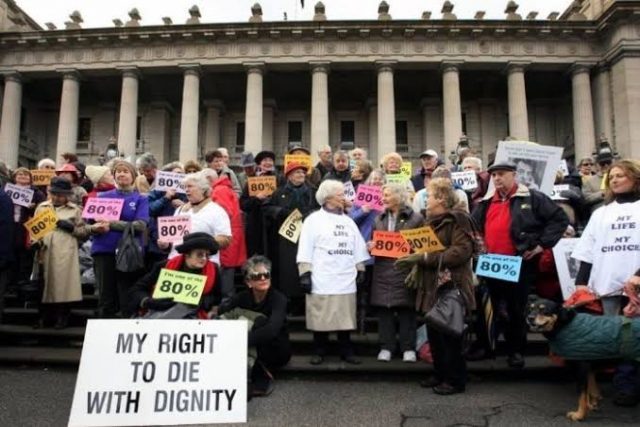 ALHR President Kerry Weste said, “We congratulate the Tasmanian parliament on this important legislation that provides terminally-ill Tasmanians who meet the relevant criteria with the autonomy to make informed decisions about their medical treatment and the timing and manner of their death. Importantly, the new law also provides appropriate safeguards to protect vulnerable people from abuse. The Voluntary Assisted Dying Act, similar to legislation that has already been enacted in Victoria and Western Australia, will deliver dignity by empowering eligible Tasmanians, many of whom may be suffering intolerably, with the right to choose and upholding their right to bodily autonomy.”

Ms Weste continued, “The Acts passed in Tasmania, the ACT and Western Australia all contain a range of very important and robust safeguards for vulnerable people in the community, with a careful examination being required of the decision-making capacity of those wishing to take advantage of the legislation. Indeed a review conducted by the University of Tasmania found the measures in that State’s Bill for requesting, assessing eligibility for and accessing voluntary assisted dying, and the safeguards built into this process, to be among the most rigorous in the world”

“These laws strike a measured and appropriate balance between the rights of the terminally-ill to make voluntary and properly informed decisions about end of life and the rights of vulnerable people who may be at risk of abuse.”

ALHR is calling on remaining States to introduce similar laws and for the federal government to cease blocking the ability of the ACT and Northern Territory governments to pass voluntary assisted dying laws. Ms Weste said, “All Australians should be empowered to make these choices in a manner consistent with Australia’s obligations under the International Covenant of Civil and Political Rights (ICCPR). The Federal Government should not have the power to stop territories from making laws on the issue, nor to override laws passed by territories, especially when these measures have clear public support ”