Grab your ticket to the ALHR & NJP Human Rights Dinner

Join Australian Lawyers for Human Rights and the National Justice Project for dinner in support of our work to protect and promote human rights in Australia.

We are honoured to host an evening in conversation with our special guests:

Larissa Behrendt: Professor of Law and Director of Research at the Jumbunna Indigenous House of Learning at the University of Technology, Sydney, Larissa Behrendt hosts Speaking Out on ABC Radio, and is a passionate and an articulate advocate for the rights of Aboriginal and Torres Strait Islanders

Please  join us for what is sure to be an enjoyable evening of stimulating conversation and good food, and you might just head home with a raffle prize or win your bid in the charity auction.

Become a member of ALHR here and access discounted ticket and table prices.

For enquiries about the dinner please email us at vicepresident@alhr.org.au 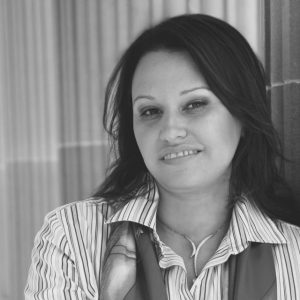 Professor Larissa Behrendt is a Eualeyai/Kamillaroi woman and the Professor of Law at the University of Technology Sydney and Director of Research and Academic Programs at the Jumbunna Institute of Indigenous Education and Research. She is the host of Speaking Out on ABC Radio.

Larissa has published numerous textbooks on Indigenous legal issues. She is a member of the Academy of Arts and Sciences and a founding member of the Australian Academy of Law. Her most recent book is Finding Eliza: Colonial Power and Storytelling. Larissa wrote and directed the feature films, After the Apology and the Walkley nominated Innocence Betrayed and has written and produced several short films. She won the 2018 Australian Directors Guild Award for Best Direction in a Feature Documentary.

Larissa won the 2002 David Uniapon Award and a 2005 Commonwealth Writer’s Prize for her novel Home. Her second novel, Legacy, won a Victorian Premiers Literary Award. Larissa is on the board of Sydney Festival and a board member of the Australia Council’s Major Performing Arts Panel.

She was awarded the 2009 NAIDOC Person of the Year award and 2011 NSW Australian of the Year. 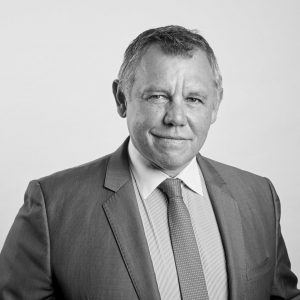 Wiri man Tony McAvoy SC is the first Aboriginal or Torres Strait Islander person to have been appointed Senior Counsel in Australia. He is a barrister whose deep commitment to Indigenous justice is widely known and respected. He specialises in native title and discrimination law and has successfully represented many traditional owners in their native title claims in the Federal Court. He also has significant experience in administrative law, environmental law, discrimination and human rights law and, coronial inquests and criminal law.

Tony has served as an acting Part-Time Commissioner in the NSW Land and Environment Court. He was the inaugural recipient of the Attorney General’s award as Indigenous Legal Professional of the Year in 2010. In 2017 he was appointed co-Senior Counsel Assisting the Royal Commission into the Protection and Detention of Children in the Northern Territory. On 7th August 2018 Tony was named QUT Outstanding Alumnus of the Year and also received the Faculty of Law’s Outstanding Alumnus Award.