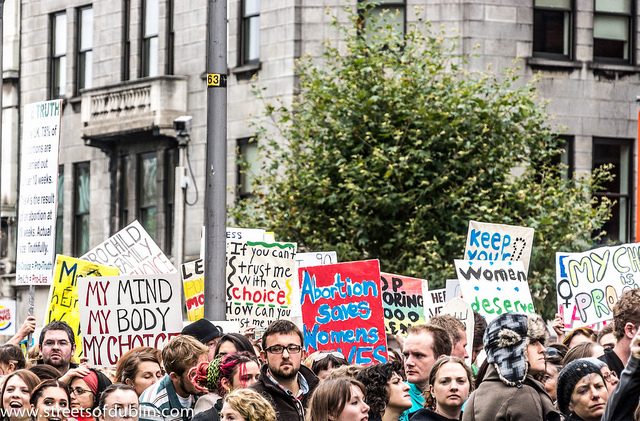 Australian Lawyers for Human Rights (ALHR) congratulates the Palaszczuk Government and Queensland parliament on yesterday’s passage of legislation to decriminalise abortion, and establish safe access zones around termination clinics. NSW is now the only jurisdiction in Australia where abortion remains a crime and, ALHR says, it must now act to address this anomaly.

ALHR President Kerry Weste said “We are extremely pleased that, after many years of advocacy the law in Queensland will finally be updated to remove archaic provisions criminalising abortion. Queensland will now have laws that are consistent with Australia’s international legal obligations, community standards and current practice. This is a significant human rights win for all women and girls in Queensland and brings the law into line with almost every other state and territory.”

“ALHR congratulates the LNP for offering its members a conscience vote and commends the three LNP members who crossed the floor to support these vital reforms.”

“Importantly the Bill also recognises the need for safe access zones to enable patients, support people, and clinic staff to enter and leave clinics safely and free from harassment.”

“ALHR, as well as numerous other domestic and international human rights organisations, have long called for the repeal of laws prohibiting abortion as an important step in eliminating discrimination against women and addressing preventable deaths caused by unsafe terminations.”

ALHR is calling on the NSW Government to immediately follow suit. “In NSW, abortion remains a criminal offence punishable by up to 10 years imprisonment. NSW now finds itself in an extraordinarily archaic position as regards its laws on the termination of pregnancy. Having just legislated safe access zones and in light of developments in QLD, the NSW Government should move immediately and swiftly to decriminalise abortion.”

Currently 81% of Australians agree a woman should have the right to choose whether or not to have an abortion and that between one quarter and half of Australian women will access an abortion service in their lifetime. Those who choose abortions should not be treated as criminals or subjected to harassment and intimidation, this choice is a fundamental human right,” Ms Weste said.