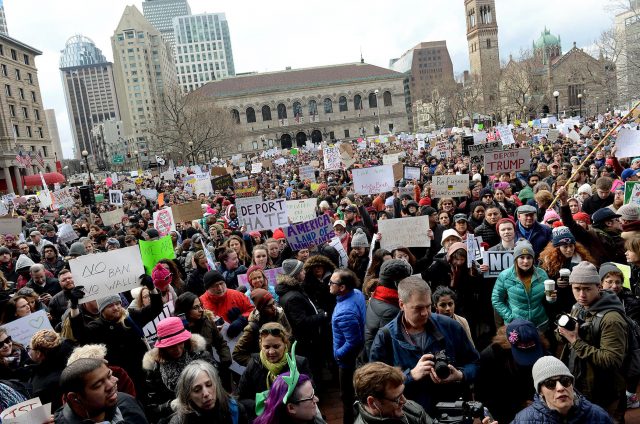 President Trump’s anti-Muslim immigration ban executive order has had global impact and has shaken awake the democratic world. The executive order may impact Australians’ friends and families. It is the most extreme form of discrimination, injustice, and unfairness and unsurprisingly it is unconstitutional. Many Iraqi and Syrian refugees who have been detained at US immigration points have been granted refugee status precisely because they have been assisting the US military against ISIS. This is scary to think how President Trump treats America’s friends and allies. This is also precisely why the 1951 international refugee convention (which Australia helped to draft) and its updating 1967 protocol exist – so that rogue governments cannot unilaterally overrun the rule of law.

The detention of people from seven majority Muslim countries based solely on Trump’s executive order and violates their Fifth Amendment rights to due process and procedural fairness. It is also argued to be in breach of US immigration laws.

Thankfully the US has a constitution and a bill of rights. While President Trump is writing executive orders willy nilly – basic human rights protections are constitutionally enshrined. On 28 January 2017, the American Civil Liberties Union and others (the International Refugee Assistance Project at the Urban Justice Center, the National Immigration Law Center, Yale Law School’s Jerome N. Frank Legal Services Organization and the firm Kilpatrick Townsend & Stockton) brought an action before a Federal judge early on Saturday morning for detention of 2 Iraqi men. The same day they filed for class certification of what is effectively a habeus corpus class action. Judge Ann Donnelly, granted a temporary injunction nation-wide which is thought to apply to 100-200 people detained thus far nation-wide.

The executive order could have  a severe impact on global refugee policy. It was only last year that the UN General Assembly held a  Refugee Summit in New York, where nation states undertook to work towards a global compact on refugees in 2018. This has the potential to derail these efforts at a time when political and moral leadership is sorely needed.  The US is a major player in global refugee policy and has the world’s largest resettlement program. As such, it should adhere to the principles of non-discrimination, protection and responsibility sharing that underpin the Refugee Convention.