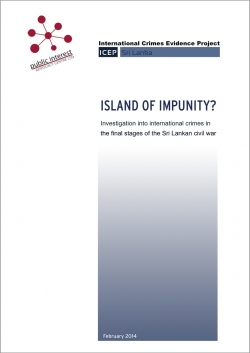 The report, Island of impunity? Investigation into international crimes in the final stages of the Sri Lankan civil war, was produced by the Public Interest Advocacy Centre’s (PIAC’s) International Crimes Evidence Project (ICEP).

The report sheds new light on some of the worst alleged war crimes and crimes against humanity committed during the final months of the Sri Lankan civil war (September 2008 – May 2009). The report brings together some of the world’s leading experts on war crimes investigations and international law. It combines detailed, impartial, legal analysis and expert forensic and military analysis with new information and eye-witness accounts.