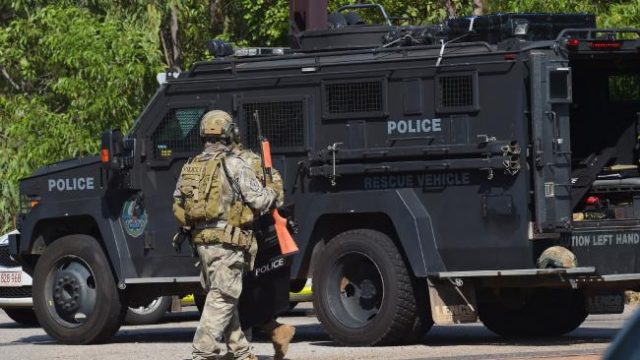 ALHR Vice President Kerry Weste said, “We are astonished that a little more than weeks after the NT Government was handed the damning Report of the Royal Commission into the Detention and Protection of Children in the Northern Territory, Chief Minister Gunner would even consider the use of this type of intensive policing to manage vulnerable at-risk children.”

“What we are talking about here is the deployment of a usually heavily armed police task force with specialised counter-terrorism training and equipment, to deal with youth crime such as property damage, stealing and street offences. Members of the TRG have no specialist training in dealing with children, which is completely at odds with the recommendations of the Royal Commission. ALHR also understands that TRG officers do not consistently wear body worn video cameras, unlike uniformed police officers”.

Weste said, that the move “appears to violate Australia’s international legal obligations toward children and completely ignore the findings and recommendations of the Royal Commission, and moreover, evidence-based best practice in relation to reducing rates of youth offending.”

“As a signatory to the United Nations Convention on the Rights of the Child (CRC) Australia, is obliged, in all actions concerning children, to ensure that the best interests of the child are the primary consideration. This obligation extends to the NT Government and all of its agents.”

“ALHR is deeply concerned that intensive night-time policing by the TRG will disproportionately target already vulnerable and disadvantaged Aboriginal and Torres Strait Islander children in Darwin and Alice Springs. Coupled with other inequities and challenges already within the system this will further condemn Aboriginal children to a life of institutionalisation. That the NT would take this populist action so soon after receiving the report of the Royal Commission is concerning.

The over-policing of children, particularly Aboriginal and Torres Strait Islander children, is a key factor leading to their overrepresentation in the NT’s youth detention system. The use of intensive policing practices or sentences of detention for juvenile offenders has not been shown to reduce crime rates or rates of reoffending. Contact with the TRG will potentially lead to the locking-up of children on remand and unnecessarily risks exposing them to the criminal justice system; which in turn generally increases their chances of becoming repeat offenders. It is worrying that the Police Commissioner himself said that the decision to deploy the TRG was not based “strictly on pure evidence.”

“Rather than investing in the policing of children by a counter-terrorism task force, the NT Government should be urgently changing the age of criminal responsibility to at least 12 years and investing in measures to address the inadequacies identified by the Royal Commission – doing so would be a far more effective way to reduce youth crime in the community.

“ALHR also joins the legal agencies of the Northern Territory in calling for an immediate moratorium on the arrest and charging of children under the age of 12 years in line with the Royal Commission’s recommendation.”

Read ALHR’s Letter to the NT Chief Minister attached below