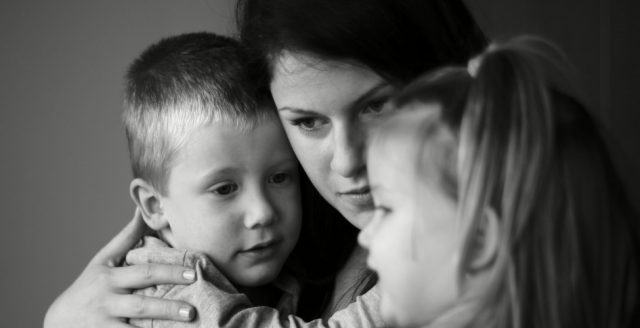 Australian Lawyers for Human Rights (ALHR) has added its voice to calls for the New South Wales Government to increase victims of crime compensation, describing current levels of compensation as “completely inadequate” following significant cuts to the scheme made in 2013. ALHR says victims of gendered crimes such as child abuse, sexual assault and domestic violence have been hit particularly hard.

Anna Kerr, Co-Chair of ALHR’s Women and Girls’ Rights Subcommittee said, “We strongly support the calls being made by Community Legal Centres for higher payments, the removal of time limits and acceptance of wider evidence in relation to claims for victim compensation for domestic violence, sexual assault and child abuse.”

“Since the scaling back of the Victim’s Compensation scheme in NSW four years ago, compensation to victims of domestic violence, sexual assault and child abuse has been particularly inadequate leading to outcomes such as that experienced by one woman who would have been eligible for a payment of up to $50,000 under the old scheme, receiving a cash payment of only $1500.”

Kerr continued, “Faster processing of payments in no way makes up for the extreme shortfall in the amounts now being paid. Domestic violence and child abuse cases often involve multiple offences committed over a number of years leaving victims suffering complex long-term trauma and creating high needs. The requirement that victims must have reported the crime to a government agency also presents a particular hurdle for many women who are victims of domestic violence, sexual assault or child abuse,” said Kerr.

Other states are also grappling with this issue. In November 2016, the Victorian Law Reform Commission was asked to consider the operation and effectiveness of the Victims of Crime Assistance Act 1996 (VOCA Act) for family violence victims in response to recommendation 106 of the Family Violence Royal Commission.

According to Kerr, “It is incongruous that such egregious abuses of human rights fail to attract compensation commensurate with that received following injury at work or in a car accident. As a community, we are letting these individuals down if we refuse to acknowledge their level of suffering and their very real, often urgent, needs by paying inadequate compensation.”

“The inadequacy of current compensation is inconsistent with international human rights standards, including the International Covenant of Economic Social and Cultural Rights (ICESCR) the Convention on the Elimination of All Forms of Discrimination Against Women (CEDAW), which respectively guarantee the right of everyone to the highest attainable standard of physical and mental health and substantive equality between men and women. Moreover, the United Nations Declaration of Basic Principles of Justice for Victims of Crime and Abuse of Power states that victims should have their right to redress mechanisms fully respected, and that the strengthening and expansion of national funds for compensation to victims should be encouraged. Victims of gendered crime should be compensated in a manner that is consistent with these obligations,” Kerr said.

To arrange an interview with Anna Kerr please contact Matt Mitchell on 0431 980 365 or media@alhr.org.au