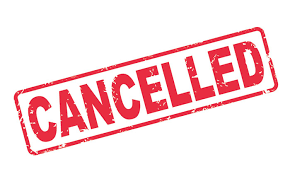 The effect of the Bill is to further expand the powers of the Minister for Immigration, Citizenship, Migrant Services and Multicultural Affairs (Minister) to refuse to grant visas or to cancel visas by expanding the cohort of non-citizens who are considered for visa refusal or cancellation. Yet, there is little justification or evidence as to why the current legislative framework is inadequate. Given the serious consequences of visa cancellation on the rights of individuals and their families, it is incumbent upon the Government to provide evidence and justification as to why the proposed changes are necessary and proportionate.

ALHR is concerned that the Bill lowers the threshold for visa refusal and cancellation in an unjustifiable manner. The Bill undermines the criminal law system’s determinations about the risk a person poses to the community through sentences of imprisonment. The practical consequence of this Bill is that people who have been convicted of an offence, but have not received a sentence of imprisonment, will nevertheless be taken into detention and be subjected to a further decision-making process as to whether they pose a risk to the community.

ALHR also continues to have concerns because the current decision-making framework lacks the procedural safeguards necessary to ensure that Australia complies with its international human rights obligations. Given this lack of safeguards, ALHR advocates for a restriction of the number of people exposed to a risk of human rights violations, while the Bill seeks to do the opposite.

In our submission ALHR recommends that the Bill not be passed and should be withdrawn.

In ALHR’s view, the Australian government has not demonstrated that the measures proposed by the Bill are reasonable, necessary or proportionate to achieve the stated objectives. ALHR considers that the current regime is already deficient in many respects and is inconsistent with Australia’s international human rights law obligations. To expose a larger cohort of non-citizens to visa cancellation and refusal in the manner proposed by the Bill will do little to protect the Australian community and will only serve to negatively impact on the human rights of noncitizens who are entitled to them. The Bill therefore should not be passed.

You can read ALHR’s submission in full here.