Medevac legislation is vital and should not be repealed 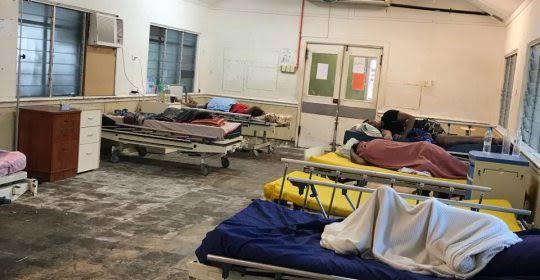 Australian Lawyers for Human Rights (ALHR) joins more than 5,000 doctors and calls on the Senate to retain the Medevac legislation.

“The Medevac legislation has contributed to ensuring that vulnerable people receive vital medical treatment when they need it,” said Jessica Bayley, Chair of ALHR’s Refugee Rights Committee. “It creates a vital framework whereby the people best placed to assess medical treatment needs – medical professionals – do so in an orderly and timely manner and advise the Federal Government accordingly.”

ALHR welcomes Senator Jacqui Lambie’s recent statement in which she recognises the considerable community interest in the Medevac legislation. We understand that Senator Lambie has put to the Federal Government a condition on which she will support the repealing the Medevac legislation. We are not aware what Senator Lambie’s condition is. We encourage her to ensure human rights are her foremost condition.

“The Medevac legislation is an essential part of ensuring Australia complies with its international obligations under international law including the Refugee Convention and the United Nations Convention Against Torture. Despite the fact that the Federal Government had the power to facilitate medical transfers before the legislation came into force, the Federal Government repeatedly failed to transfer people in serious need of medical treatment.. As a result people  in vital need of medical treatment were then forced to commence costly and protracted Federal Court proceedings and face significant, unnecessary delays in accessing the treatment they needed. Twelve people have lost their lives, including eight people who have died as a result of suicide and inadequate healthcare.

“Since it came into force 10 months ago the Medevac legislation has played an integral role in Australia’s compliance with international human rights law obligations by ensuring that people under Australia’s control have access to necessary medical care when they need it.”

“We call on the Senate to put humane treatment first and retain the Medevac legislation.”