Legal Experts Alarmed at Rule of Law Crisis on Nauru 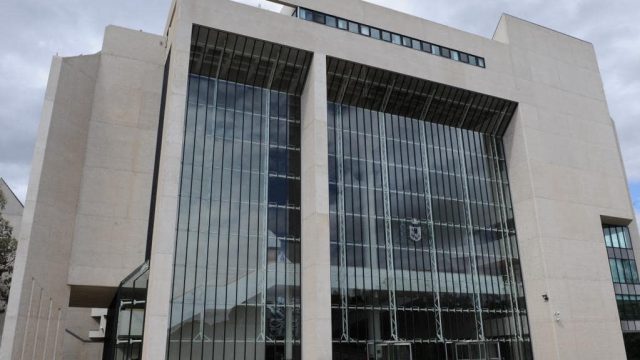 Australian Lawyers for Human Rights (ALHR) is alarmed by the rule of law crisis on Nauru, but has applauded the decision of the Chief Justice to tonight extend bail for political protestors whose planned appeal to the High Court was thwarted by the termination of a treaty between Australia and Nauru that previously provided for appeals from Nauru.

The government of Nauru has withdrawn the right of appeal from the Supreme Court of Nauru to the High Court of Australia. The decision follows a ruling by the High Court of Australia involving a case against several former Nauruan MPs and their supporters for protesting against the indefinite suspension of the MPs from Parliament and the break down in the rule of law on the Pacific island. The High Court has been Nauru’s final court of appeal for decades and most recently under a 1976 treaty between the two countries. The 90-day notice termination period was triggered in December and expired on 12 March 2018. No alternative court has been established.

ALHR president Benedict Coyne said, “Every country needs an appellate system. Nauru has removed the High Court without establishing an alternative. The treaty termination seems to have been designed to deprive certain people of appellate rights. Access to justice and equality before the law are fundamental universally recognised human rights. This decision needs to be condemned and Nauru implored to comply with the rule of law”.

The independence of the Nauruan judiciary was seriously undermined when Magistrate Peter Law and Chief Justice Geoffrey Eames, then Nauru’s only judicial officers, were banished from Nauru in 2014 for making decisions that attempted to restrain the executive from using its deportation powers. When Australian businessman Rod Henshaw challenged his deportation Magistrate Peter Law issued an interim injunction. Magistrate Law was promptly deported by force under the same impugned law. Since that time appeals to the High Court of Australia have been a vital protection for Nauru’s citizens.

ALHR Vice president Kerry Weste said, “The move affects Nauruan opposition politicians defending politically-motivated prosecutions and people seeking asylum who were sent to Nauru by Australia, who now have no options for challenging decisions in the Nauruan legal process.”

Ms Weste continued “The extension of bail and a temporary stay by Chief Justice Jitoko tonight to three of the affected anti-government protestors is to be applauded. It is critical that any court, especially the highest court in a national hierarchy, protects its processes from abuse by the executive arm of government.

“The timing of these events also raises serious questions about whether Australia has been in any way complicit in undermining the structures and institutions that are required for a fair and functional justice system on Nauru. Foreign Minister Julie Bishop has supported the decision despite it being done secretly and in a way prejudicial to the rights of opposition figures. While an independent Nauruan Appeals Court for the former Australian-controlled-territory is a very laudable goal which ALHR strongly supports, the Nauru-Australia Treaty should only be rescinded once such structures are implemented and stable such that there is a smooth transition”.

“Respect for the principles of the rule of law and indeed international law itself require that all people have a right to a fair and public hearing before a competent, independent and impartial court or tribunal established by law.”

“In ALHR’s view these rights are at risk unless and until an effective court of appeals is instituted on Nauru,” Weste said.

Mr Coyne continued, “It is incumbent on the Australian government to explain how it intends to ensure that the rights of asylum seekers on Nauru — for whom Australia remains responsible — are protected in the absence of an avenue of appeal to the High Court of Australia”.