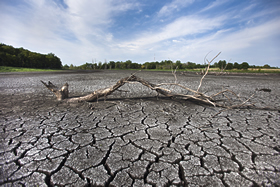 ALHR has welcomed a Preliminary Statement released by the Permanent Peoples’ Tribunal (PPT) in response to the recent PPT Session on Human Rights, Fracking and Climate Change. The PPT, as a civil society human rights tribunal, heard testimony and received other evidence relating to fracking and its impact on human rights from various citizens and experts from a number of countries.

Former ALHR president Benedict Coyne, gave evidence in the Session in regards to fracking’s impact on human rights in Australia. The PPT’s Preliminary Statement concluded that the processes of fracking “involve massive violations of a range of substantive and procedural human rights.” The panel of ten jurors will formulate a comprehensive opinion and recommendations in response to the evidence given at the session over the coming year.

Current ALHR President Kerry Weste said, “There is an increasing recognition of the interrelationship between human rights and environmental protection. The environment is a pre-requisite for the enjoyment of human rights. Certain human rights such as access to information, participation in decision-making, and access to justice in environmental matters, are likewise essential to good environmental decision-making. In 2010 the UN General Assembly passed a resolution recognsing “the right to safe and clean drinking water and sanitation as a human right that is essential for the full enjoyment of life and all human rights”. There is also evolving at international law, a growing body of statements on recognition of the right to a safe, healthy environment. Recently, in March 2018 the former United Nations Special Rapporteur on Human Rights and the Environment, John Knox, presented the Framework Principles to the UN Human Rights Council. These set out states’ obligations under human rights law as they relate to the enjoyment of a safe, clean, healthy and sustainable environment.”

“The PPT’s preliminary statement argues that the fracking process could potentially violate numerous universally accepted human rights. In Australia this raises concerns about Fracking and Australia’s binding human rights obligations, such as the right to the enjoyment of the highest attainable standard of physical and mental health under Article 12 of the International Covenant on Economic Social and Cultural Rights. It also raises questions regarding many of the types of human rights obligations described within the Framework Principles, such as states obligations toward Indigenous peoples or to protect and provide a democratic environment in which groups or organs that work on environmental issues or human rights can operate free from threats, harassment, intimidation and violence.”

Ms Weste emphasised the role a federal Human Rights Act could play in providing protections against such violations in Australia, “Australia holds the unenviable position of being the only western liberal democracy with a common law legal system without a Bill of Rights or Human Rights Act. We have had four decades now of UN treaty bodies, special rapporteurs, heads of UN states, recommending that Australia implements its outstanding obligations to human rights by way of a Human Rights Act or Bill of Rights”.

Ms Weste said, “ALHR strongly supports the work of the PPT in investigating the human rights implications of fracking. ALHR calls on the Australian Government to introduce a Federal Human Rights Act and to adopt and abide by the 2018 Framework Principles in order to protect Australian’s from breaches of states’ obligations under human rights law as they relate to the enjoyment of a safe, clean, healthy and sustainable environment.”