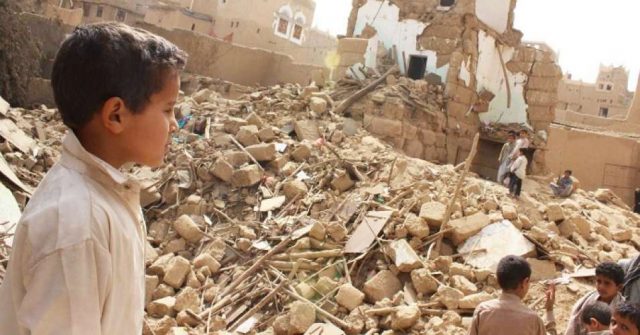 Australian Lawyers for Human Rights (ALHR) has written to Australia’s Minister for Foreign Affairs, the Hon Marise Payne, raising serious concerns about Saudi Arabia’s use of force in Yemen. It has been widely reported that at least 54 civilians were killed on Thursday 9 August in an airstrike in the northern town of Dahyan. The International Committee of the Red Cross reports that 29 of the dead were children, all under the age of 16, who were travelling in a school bus.

A spokesperson for the Saudi led coalition, Colonel Turki Al-Malki, said the attack was a “legitimate military operation, conducted in conformity with the International Humanitarian Law and its Customary Rules”.

ALHR Vice President, Jarrah Ekstein, said: “The attack conducted by the Saudi-led coalition was abhorrent. ALHR is particularly concerned that Colonel Al-Malik’s statement appears to have rationalised the attack as a necessary measure in response to the terrorist Iranian-Houthi militia “recruiting child soldiers, throwing them in battlefields and using them as tools and covers to their terrorist acts”.

Ekstein continued, “based on the reported circumstances, the attack appears to constitute a breach of International Humanitarian Law (IHL). In ALHR’s view, it is therefore incumbent upon all members of the international community, including Australia, to condemn it. It is time for the Foreign Minister to call out Saudi Arabia on its transgressions in Yemen. In doing so, Australia will be joining countries like Canada, Germany and Sweden which have recently criticised Saudi Arabia on its human rights record.

“Australia must do all that it can to uphold the rules based international legal order by speaking out strongly against breaches of IHL when they occur and endeavoring to use diplomatic pressure to ensure countries, like Saudi Arabia, investigate all allegations of breaches of IHL, and minimise the harm caused to civilians during war.”

“ALHR urges Australia to support calls for an independent inquiry into the attack to ensure justice for the victims.”

View a copy of the letter here.