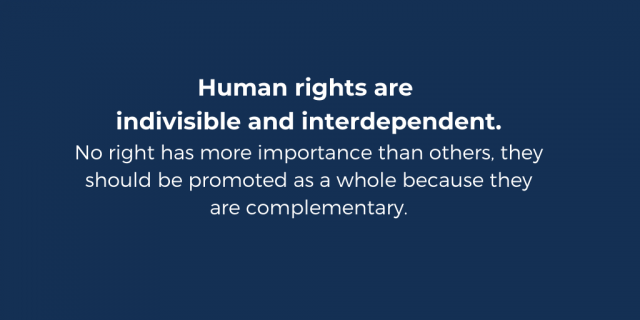 ALHR President Kerry Weste said, “This is a deeply flawed Bill that, if passed, will privilege and protect religiously-based discrimination by organisations over the rights of individuals to be free from discrimination.”

In ALHR’s view, amongst the Bill’s most concerning aspects is the fact it would protect not only discriminatory behaviour but any wrong-doing short of criminal behaviour, so long as it could be argued to be religiously-based. The Bill also contains provisions that risk enabling religious organisations to challenge any NSW program or law if it is contrary to the religious doctrine of that organisation and regardless of government’s legitimate policy objectives. Further provisions in the Bill risk creating double standards in employment, education and service delivery, and create protected activities and exclusions clauses that demonstrate a lack of consequences for harmful discriminatory conduct.

“Australian society should not tolerate every behaviour that is religiously motivated, just by reason of that motivation.  Our laws should not protect behaviour that is discriminatory and likely to most heavily impact already vulnerable groups, such as members of the LGBTIQ+ community.  Religious organisations have a duty of care to their students and employees and this legislation essentially creates a ‘free pass’ to cause harm.  True freedom of religion is incompatible with discrimination.”

“Australian legislation and judicial decisions should adhere to international human rights obligations to protect all human rights equally. The appropriate balance between freedom of religion or belief and other freedoms in NSW would best be served by the passage of a Human Rights Act both in NSW and at the federal level.”

“Victoria, the ACT and Queensland have passed a Human Rights Act.  NSW continues to lag behind more progressive states in recognising the need for a legislated human rights mechanism that protects the human rights of all people equally.”