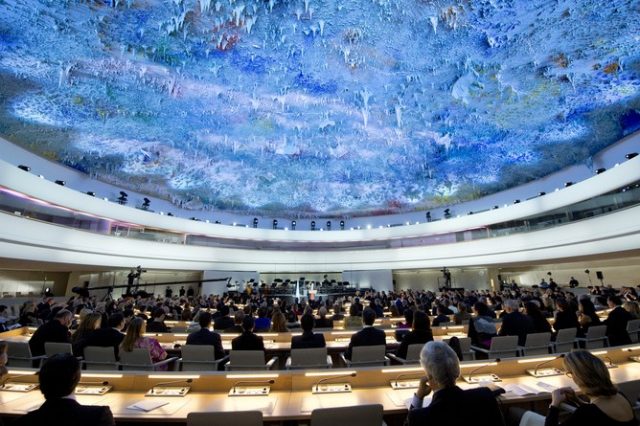 ALHR President, Benedict Coyne, said the Turnbull Government’s apparent indifference to human rights violations such as these – which have a very real global impact – could do significant damage to its bid for the UN Council seat.”

“In putting forward Australia’s candidacy the Turnbull government has publicly declared “a commitment to the aims and purposes of the Universal Declaration of Human Rights and the ongoing promotion and protection of human rights, both in Australia and around the world.” Moreover, in the Government’s own words our candidacy embodies a “willingness to speak out against human rights violations and abuses.”

Mr Coyne continued, “If Australia wishes to authentically pursue its claim for a seat on the Council from 2018-2020, then it must in actions as well as words live up to these claims.”.

“When three of the most powerful politicians in Australia do little more than gush or shoulder-shrug over some of the most appalling attacks on human rights by a western democratically-elected leader in recent history, then we have every right to feel ashamed of our own elected officials,” Mr Coyne said.

“Once a champion of human rights, and a signatory to both the original United Nations Declaration of Human Rights in 1948 and the 1951 International Refugee Convention, Australia has sunk to a new nadir by endorsing Trump’s immigration bans,” he said.

“Australia has a moral and legal obligation to ensure rogue governments cannot unilaterally overrun the rule of law and ignore their international legal obligations. No politician, most especially the Prime Minister, can say that it’s “not his job” to comment or act when the human rights of others are being abused. It is his job and it’s also about upholding the law.

“Even the former US Ambassador to Australia, Jeffrey Bleich, has warned that the ‘hottest places in hell’ are reserved for those who ‘maintain neutrality’ in times of ‘great moral crisis’”.

“We have a duty to champion the rights of the oppressed and the vulnerable, to be the voice of the voiceless. Mr Turnbull, Ms Bishop and Mr Morrison share that duty,” My Coyne said.