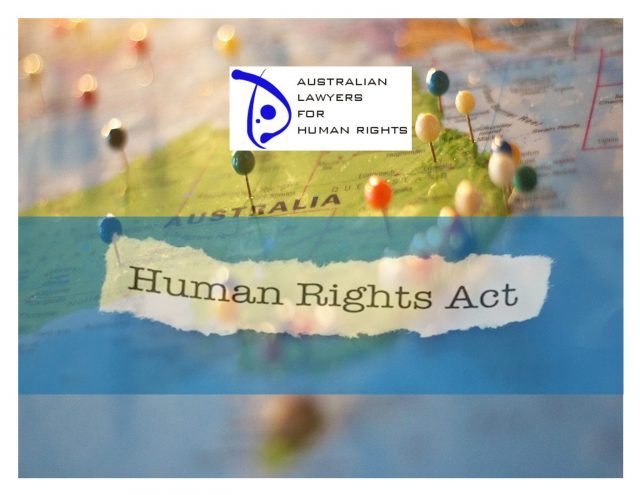 “The travel ban potentially infringes upon three universally-recognised fundamental human rights: freedom of movement (specifically the right to enter and exit one’s own country), the right to life, liberty and security; and freedom from discrimination on the grounds of race, national or social origin.

Australia has taken on binding international obligations to protect these rights by ratifying core international human rights law treaties such as the Universal Declaration of Human Rights (UDHR) and the International Covenant on Civil and Political Rights (ICCPR).”

“Any limitation of these rights should be strictly reasonable and proportionate and should not involve discrimination solely on the ground of race, colour, sex, language, religion or social origin. While it can be reasonable for governments to temporarily implement measures affecting human rights for public health necessity, the medical evidence requiring  these kind of measures must be compelling such that the denial of human rights protections is proportionate to the harm that is sought to be addressed.”

“There are about 9,000 Australians stranded in India who are registered as seeking assistance to come home, 650 of whom DFAT recognises as vulnerable. Quarantine requirements and an orderly process of repatriation are reasonable, but it is wrong to simply sacrifice the safety of some Australians with no apparent plan to get them home and keep them safe.”

“Naturalised Australians who were born in India chose to give up Indian citizenship to be Australian. In doing so they undertook obligations to Australia under the Citizenship Act 2007 but now the lack of any mutuality to that oath has been exposed. The preamble to that Act, which makes a promise of common bond, involving reciprocal rights and obligations and respect for rights and liberties is meaningless when the Federal Government excludes citizens from Australia and leaves them to fend for themselves.”

“This crisis exposes that Australians have no constitutional or legislative guarantee of what it means to be Australian – no guaranteed rights and freedoms – no guarantee that the Australian Government will protect those same human rights it has internationally agreed to uphold.”

”Successive Australian governments have failed to adequately incorporate their international human rights law obligations into domestic legislation. Australia stands alone as the only developed Western democracy in the world that fails to offer its citizens the protections afforded by a Bill of Rights or Human Rights Act. We all deserve much better. We deserve a Federal Human Rights Act.”