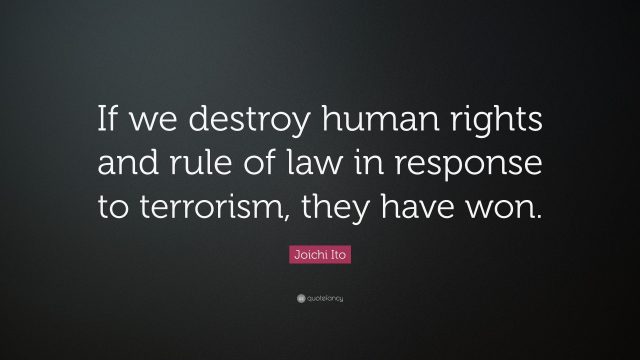 Australian Lawyers for Human Rights (ALHR) is alarmed by the Australian Government’s decision to introduce new laws that would allow Australian Federal Police to conduct random identity checks at airports and order people to leave the premises.

ALHR President, Kerry Weste, expressed concern that “centuries of common law that has evolved to protect citizens from the executive’s unnecessary interference in our private lives is now at risk of obliteration in Australia, if police are given the power to evict members of the public from airports without needing to provide justification”.

“Presumably”, said Weste, ‘this would mean that people could be prevented from taking booked flights, even if no warrant has been issued and they are not reasonably suspected of any wrongdoing. This represents an unnecessary interference with people’s private lives and may also impact on their freedom of movement.”

“ALHR is concerned that this ‘power creep’ is the first demonstration of the lack of internal restraints and balances resulting from inception of the ‘mega ministry’ headed by Peter Dutton. The effect of the ministry taking charge of so many different departments is — in the absence of a Federal Human Rights Act — to diminish the balances necessary for maintaining the rule of law and the civil and human rights of all Australians,” said Weste.

“A 2017 report by the Australian National Audit Office into the Australian Border Force found that the existing risk management framework ‘does not adequately address the risk of officers exercising coercive powers unlawfully or inappropriately’. Similarly,” continued Weste, “ALHR is concerned that without proper checks and balances, broad powers could be used inappropriately to racially profile or target particular segments of the community. This would have a detrimental impact on individual freedoms and on social cohesion in Australia.”

“ALHR calls upon the Australian government to carefully reconsider its proposal, and in particular, to ensure that adequate safeguards surrounding the use of such powers are also included in any legislation” says Kerry Weste.