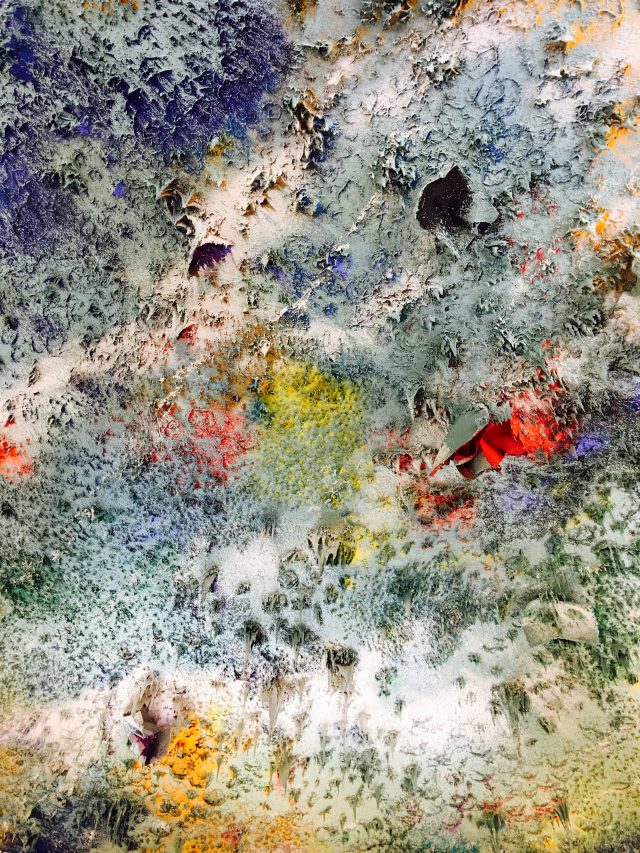 Last month, I braved the long-haul and flew from Australia to Geneva to experience the Annual UN Forum on Business and Human Rights. And it is, very much, an experience.

Now in its 5th year, this event tracks the lifetime of the UN Guiding Principles on Business and Human Rights, endorsed in 2011 by the UN Human Rights Council. It is an annual gathering of the global #bizhumanrights community aimed at progressing uptake of the UNGPs.

This year’s event saw 2,500 participants, representing the full spectrum of stakeholder groups, congregate at the UN’s Palais des Nations, Geneva. It is a marathon three day event comprising daily plenary sessions, five streams of concurrent panel sessions on a plethora of business and human rights issues and initiatives – totalling some 60 sessions in all, plus networking events and the odd book launch for good measure.

The Forum’s content is guided by the UN Working Group on Business and Human Rights and the event is organised by a hardy team from the Office of the High Commissioner for Human Rights. The Forum is an impressive logistical feat. The organising committee are to be commended for doing an admirable job in corralling delegates and hammering along with what is a frenetic timetable. Considering the number of delegates and save for the morning security queues to access the Palais des Nations, the Forum was well organised and ran without major (visible) delay or mishap.

This year’s theme was ‘Leverage and Leadership: Embedding human rights in the rules and relationships that drive the global economy’.

This overarching theme was translated into four key messages which were explored in panel discussions:

Limited levels of interaction between speakers and audience at the Forum has been raised by attendees in the past. This year, the aim was to overcome this limitation and achieve ‘deeper discussions and more interaction with the audience’.

A lower level of business participation, relative to other stakeholder groups, has also been an issue in the past and endeavours have been made to attract increased numbers from the business community to the event.

In reflecting on process, I have two main observations:

In terms of achieving higher levels of interaction, the Forum succeeded – in part. Of the sessions that I attended, a healthy portion of question time was included in each. This generally worked well and succeeded in opening-up lines of communication with the audience. Given the configuration of the rooms and panel/audience session structure, neither of which are conducive to high levels of interaction, having a significant chunk of time allotted to questions, provided a valuable opportunity for dialogue between panel and audience.

However, an area for improvement lies in increasing levels of dialogue between panellists. The Forum would benefit from more free-flowing discussions and fewer set pieces, certainly in the designated Q&A slots.

In a session that examined the issues arising from limited liability of parent companies for human rights abuses committed by their subsidiaries, ‘Practical leverage of law: Do corporate group structures preclude liability for human rights impacts?’, the panel discussion did result in a healthy level of interaction between the panellists. This session worked well and was all the more stimulating for the fluidity of its discussions. A greater level of debate and dialogue between speakers in exploring and teasing-out the issues would potentially inject greater spontaneity into content and would enhance the Forum sessions overall. Not, I hasten to add, interaction of the back-slapping variety (and, yes, there was a bit of that).

The 2016 Forum also succeeded in terms of achieving greater business representation. My impression was that there was a strong business presence at this year’s Forum. At times, overly so. The constitution of several major panels was notably business-heavy which impacted on an equitable balance of voices and perspectives, particularly to the detriment of civil society.

An important function of the Forum is to create a safe space within which a meaningful exchange of ideas can occur and successes can be celebrated. However, achieving a balanced tone and safely navigating the waters of overt corporate self-congratulation and affirmation may require some vigilance in future years.

Given the importance of government leadership on business and human rights, greater visibility and participation by State representatives would add a welcomed additional voice at Forum 2017.

On the content of sessions, I left the Forum with these main impressions:

Political will is essential to embed the UNGPs and effect change. Governments should lead by example and initiate developments, such as NAPs, to progress the practice of business and human rights principles domestically. Many are doing so and several new NAPs were announced in the large NAPs session held in Salle XX on the final day of the Forum.

My impression, however, is that the race is on and, whilst these developments are encouraging, adequate safeguards must be built into NAP development processes to avoid the emergence of a series of hollow statements.

NAP development should not be a global contest, nor a bureaucratic box-ticking exercise. To build a firm bedrock for a robust, effective NAP, adopting countries and their policy-makers may benefit from taking time to focus upfront on several critical requirements:

Hurriedly rushing through to an end result, serves little purpose and will extinguish the potential that NAPs hold as valuable vehicles for domestic UNGP implementation.

NAPs should not be a fast-track process. It’s not about how many NAPs we have, it’s about their quality – Fernanda Hopenhaym, representing PODER.

Introduced last year, the effects of this piece of legislation are being felt far and wide. It is focusing the minds of board members, influencing the tone from the top and having a significant impact on corporate approaches to supply chain slavery. It was referred to in almost every Forum session I attended and repeatedly cited as an example of smart regulation with a long reach.

Whilst its true impact, including potential extension to public bodies and their procurement practices, has yet to fully play out, the early indicators are positive.

The protection of human rights defenders and adequate access to remedy for those negatively impacted by business, must occupy a front and centre position in the dialogue on business and human rights. Greater efforts are required at a grass-roots level to safeguard the lives and liberty of impacted communities and those working to protect their rights. It is on the ground – in farms, factories, villages and mines around the world – that the successes, or otherwise, of our work in business and human rights will stand or fall.

As Laura Cáceres, the daughter of the murdered Honduran environmental activist and indigenous leader, Berta Cáceres, so powerfully conveyed in her closing Plenary remarks – it is individuals – and the need to safeguard their stories, their wellbeing and their lives – that lies at the heart of the business and human rights movement and its Forum.

And that, in the end, is what it is all about.