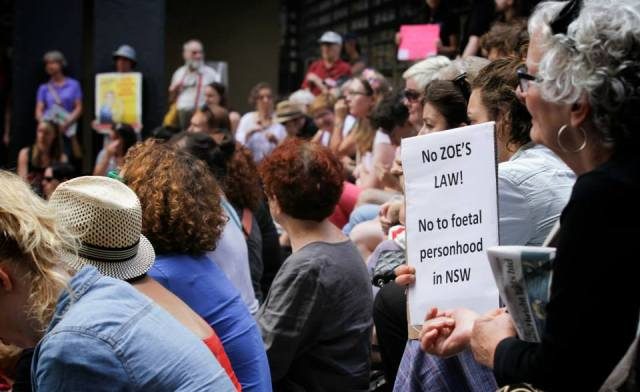 Fred Nile has reintroduced his Crimes Amendment Bill, known as Zoe’s Law, which seeks to criminalise harm to, or destruction of, a “child in utero”. Australian Lawyers for Human Rights (ALHR) Women and Girls’ Rights Subcommittee Co-Chair Dr. Rita Shackel said, “These provisions effectively accord both foetuses and embryos a separate legal identity to that of their mother. This new Bill has been reintroduced in exactly the same terms as his previous 2013 Bill, which was allowed to lapse amid controversy.”

Fred Nile’s Bill should be distinguished from the Bill of the same name introduced by Liberal MP Christopher Spence in 2013, which at least limited its provisions to the destruction of, or harm to, foetuses of at least 20 weeks’ gestation or a body mass of at least 400 grams. This current Bill will put in jeopardy all terminations of pregnancy.

Dr. Shackel continued, “Despite exceptions for ‘medical procedures’ or ‘anything done by or with the consent of the mother’ the proposed legislation is likely to heighten existing uncertainty within the medical profession regarding the legality of assisting women and girls with abortions. This will be particularly the case in relation to assisting young girls under 18 or others not technically in a position to provide consent. It is unclear how ‘consent’ and ‘medical procedure’ are to be defined and whether, for example, administering an abortion drug to a 16-year-old would be covered by these exceptions. ALHR is also worried that the law could be used to impose restrictions on the behaviour of pregnant women.”

Anna Kerr, Co-Chair of ALHR’s Women and Girls’ Rights Subcommittee said, “The proposed provisions constitute a serious setback when it comes to women’s rights.. The provisions also remove the current recognition that the destruction of a foetus (outside of a medical procedure) constitutes grievous bodily harm to the woman herself.  The existing charge of Assault Occasioning Grievous Bodily, which includes destruction of a foetus, carries a maximum penalty of 25 years imprisonment. In comparison the offence proposed by Fred Nile’s Bill only carries a maximum penalty of 10 years imprisonment. It is hard to see how this is helping to protect anyone – in fact it has the potential to reduce the sentencing options available to the court in cases of grievous bodily harm against pregnant women.”

Dr Shackel concluded, “At best, these proposed changes to the Crimes Act are incompetently drafted and unnecessary, since there are already adequate provisions to prosecute dangerous drivers or assailants whose actions result in a woman suffering a miscarriage. At worst, these provisions are motivated by malicious and misogynistic intent and constitute a startling attack on the human rights of women – in the same league as the global gag rule recently signed by Donald Trump. ALHR calls on members of the NSW Legislative Assembly to reject the bill in its entirety. We also call on the Government to decriminalise abortion in NSW by removing it from the NSW Crimes Act.”

To arrange an interview with Dr Rita Shackel or Anna Kerr please contact Matt Mitchell on 0431 980 365 or media@alhr.org.au