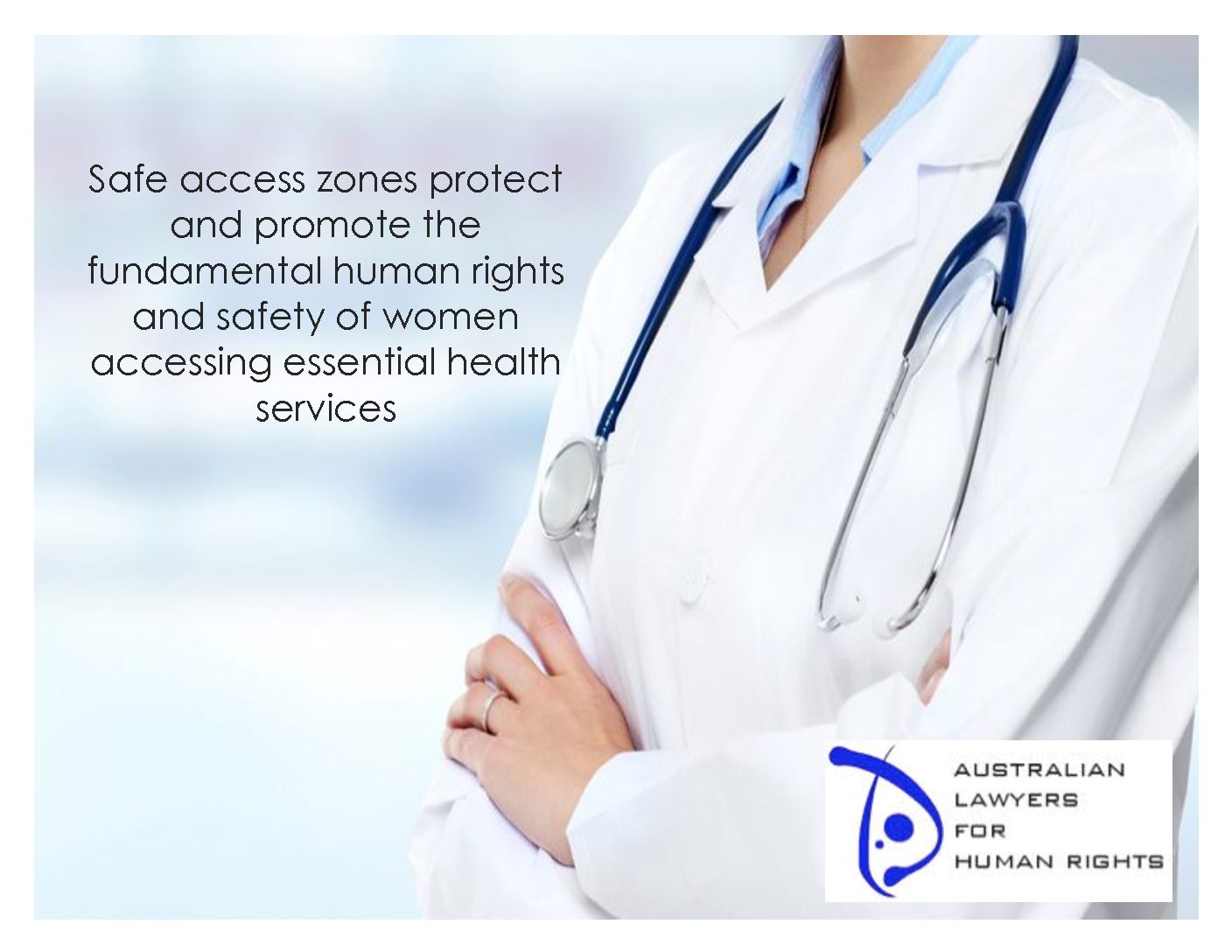 Australian Lawyers for Human Rights (ALHR) has welcomed a Victorian Magistrates Court decision this week which confirmed the lawfulness of safe access zones around reproductive health clinics in Victoria and saw the first conviction of an anti-abortion protestor under the legislation. These important legislative measures make it unlawful to harass and intimidate people or to communicate about abortions in a manner that is likely to cause anxiety or distress within 150 metres of a medical clinic that provides these services.

“Women seeking abortions and staff working at clinics report routinely experiencing harassment and intimidation from anti-abortion protestors outside the clinics. Such behaviour infringes on women’s right to privacy and dignity when accessing health services”.

Coyne continued, ”Safe access zones are consistent with internationally recognised fundamental human rights of women and girls, including the right to be free from discrimination, the right not to be subjected to cruel, inhumane or degrading treatment, and rights to privacy, personal autonomy and the highest attainable standard of physical and mental health.”

“Safe access zones are also consistent with community attitudes – between half and one quarter of Australian women will access an abortion service in their lifetime, and 81% of Australians believe a woman should have the right to choose whether or not she has an abortion.”

Mr Coyne also stressed that, “Safe access zones do not deny groups or individuals the opportunity to express their views. United Nations human rights bodies as well as courts in similar countries such as the United States of America and Canada have all found that sensible measures to ensure safe access to women’s health services do not unreasonably limit the rights to freedom of expression and assembly.”

“Under international law and under most jurisdictions, the right to freedom of speech has never been an unqualified right. By contrast, access to safe and legal abortion services, in accordance with human rights standards, is part of a State’s obligations to eliminate discrimination against women and girls, and to ensure their right to health and other fundamental human rights.”

“Groups challenging the legality of safe access zones and claiming they interfere with fundamental rights appear to misunderstand the very concrete terms, standards and norms enshrined in international human rights law, particularly the interdependent and indivisible nature of all human rights.”