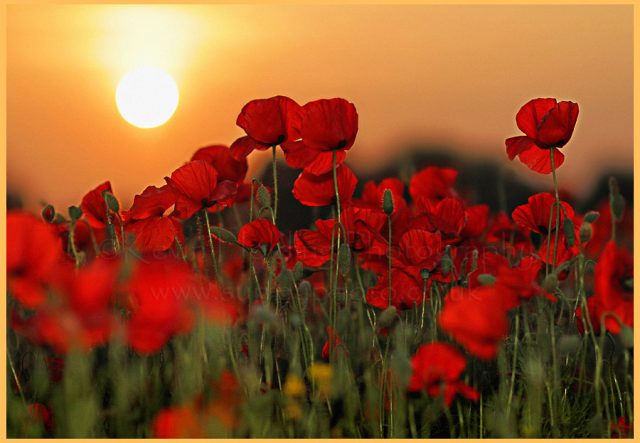 The spirit of ANZAC and human rights go hand-in-hand. On this sacred day in our nation’s annual calendar we remember not only Gallipoli but the invocation of courage, mateship, and sacrifice in protecting our fundamental freedoms and way of life, all of which qualities hold strong relevance for our national identity.

For me, ANZAC reminds me of my grandfather, Percival “Percy” Bonser, who fought in WWII. As a Battlefield Engineer in Greece, Crete and Egypt, he would go ahead of the front and attempt to locate and detonate landmine ordnances. It is hard to imagine the horrors he likely witnessed. He never talked about the war. No-one talked about the war. He returned a broken man and died at the young age of 53.

Like my grandfather, I am a fighter-for-freedoms, albeit on a different front. An ardent human rights lawyer and advocate, I am also a great supporter of the proud ANZAC legacy at the core of our national identity and its deep connection to international human rights: the mateship, the comradery, and how these are integral to the egalitarian collegiality and un-pretentious “fair-go” of the Australia that we hold dear.

And that Australia is not one of cruelly torturous offshore detention centres. It is not an Australia living through record levels of domestic violence, indigenous incarceration, political corruption and police brutality. There is a much better version of Australia that I hold in my heart and I have no doubt that we can become that Australia again because at our very essence, it is who we are.

This ANZAC day I wish to share with you a sort-of special secret at the heart of our nation’s identity: that the spirit of ANZAC and the landing at Gallipoli had an intrinsic positive influence upon the drafting of one of the key documents of our modern civilisation, the 1948 Universal Declaration of Human Rights. The Declaration, now a world-record holder as the most translated document in history, sets out human rights as ‘a common standard of achievement for all peoples and all nations’. It emerged as a phoenix from the horrors of the Holocaust and proclaimed that “disregard and contempt for human rights have resulted in barbarous acts which have outraged the conscience of mankind.”

The Declaration is a potent symbol of the highest aspirations of our common humanity constantly striving to overcome the reactive and cruel base animalistic impulses of human nature. Australia played a crucial role in the formation of the United Nations during and after the San Francisco conference in 1945 and it is high time we solder this to our memories and take it to our hearts.

The drafting of the Declaration is a remarkable story headed by Eleanor Roosevelt and comprising an eight-member drafting team from various countries, continents, religious and philosophical perspectives. It was a true melting pot of human ingenuity and included a “noisy” and “cantankerous” Australian Gallipoli hero, Colonel William Roy Hodgson. Hodgson was the quintessential ANZAC and a true fighter for the underdog. He landed at Gallipoli on 25 April 1915 and after showing great bravery in battle (for which he later received the Croix de Guerre avec palme) he was shot in the hip and reported dead. He survived numerous operations in Egypt and London and in spite of both being medically retired and of his permanent disability, he manoeuvred his career to become a robust and compelling international diplomat. As an astute negotiator, Hodgson advocated strongly for the rights of all people and small nations and he argued robustly with Roosevelt for a World Court of Human Rights (yet to be established). Hodgson’s deathly experiences on the frontlines of war, which fortunately many of us have not seen, strongly informed his career as an ardent promoter and protector of human rights. Human Rights are of course referenced in the 1945 Charter of the United Nations which states that the purpose of the UN is to “maintain international peace and security” by “promoting and encouraging respect for human rights and for fundamental freedoms for all.”

At this dangerously delicate time in global politics, when so much uncertainty and instability reigns in the form of escalating conflicts and widespread human rights violations, it has never been more critical to recall the very bedrock of our international human rights system and its priceless connection to our very own ANZAC legacy not least of which through the tireless championing by Colonel Hodgson.

This ANZAC Day, we would all do well to reflect on why so many brave Australians have sacrificed so much for the protection and promotion of every human’s basic-universally-recognised human rights. These basic rights are the cornerstone of civilisation and of our precious way of life. Historical amnesia is no excuse for barbarous acts, including those currently being committed on Manus Island and Nauru in our name.

This ANZAC Day, let’s do more than just pay lip service to the notion of the fair-go. Let’s bloody well show the world how fair we can go.