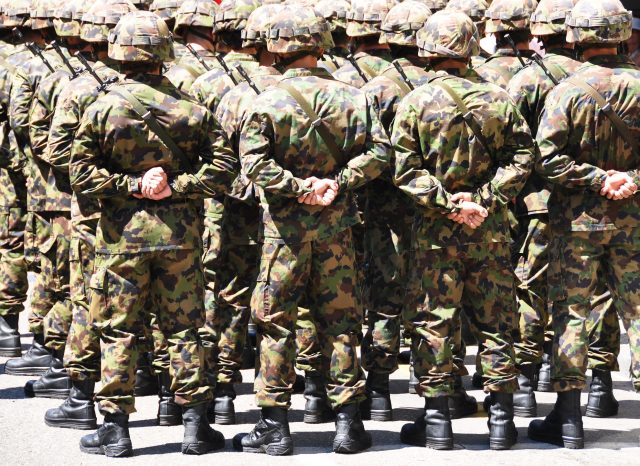 Human rights lawyers have raised concerns about proposed amendments to the Defence Act which will make it easier for the Australian Defence Force (ADF) to be called out onto Australian streets and increase the ADF’s powers when responding to such a call out. The Senate Legal and Constitutional Affairs Committee (Committee) is currently considering the Defence Amendment (Call out of the Australian Defence Force) Bill 2018). The Bill follows the inquest into the Lindt Café Siege, which found that existing arrangements for ADF call out in relation to terrorist incidents are inadequate.

ALHR President Kerry Weste says, “While ALHR recognises that the Bill’s drafting includes a number of safeguards, ALHR does not believe that the Bill should be enacted in its current form. The deployment of the ADF on to the streets of Australia, and the powers that the ADF would be authorised to use, are serious issues which have the potential to significantly change the way situations of public emergency are dealt with in Australia.”

“Currently the ADF can only be called out onto the streets when States and Territories are not, or are unlikely to be, able to protect themselves or Commonwealth interests against an incident of domestic violence. This Bill will lower that threshold and instead provide for contingent call out of the ADF in ‘specified circumstances’ – a term which concerningly is not defined in the Bill. There is no review mechanism within the Bill that would ensure accountability via a legislated process of retrospective analysis after a declaration of ‘specified circumstances’”.

Also included in the amendments are provisions that would allow the ADF to be called out to multiple States and Territories simultaneously and allow the ADF to operate cross-jurisdictionally, even where one or more jurisdictions were not specified in the call out order. In addition, the Bill expands the powers of the ADF to search and seize, detain persons, to control movement during an incident and to direct a person to answer questions. These measures appear to be unfettered by principles of common law, particularly the right against self-incrimination and the right to silence.”

Ms Weste says, “By introducing a wide exception to obligations on ADF members the Bill could mean that an ADF member can use force that is likely to cause the death of, or grievous bodily harm to, a person without complying with legal restrictions on the use of force as long as they act in ‘good faith’”.

“Members of the ADF are trained for military combat and equipped with highly effective weapons. Policing, on the other hand, is a job that involves entirely different community expectations and standards.”

“While the Bill is being proposed as a direct response to the terrorist threat, its current drafting applies it to a much wider set of events which could, for example, see soldiers called in to dispel protests at facilities like the future Adani coal mine or the Pine Gap facility. We must think about the kind of society we want. Although abhorrent incidents of violent terrorism instill fear in us all, the reality is that, in Australia, we are far more likely to be victims of domestic violence or drunk drivers.”

“ALHR is firmly of the belief that State and Territory police are best suited to responding to domestic violence incidents. If, due to a need for particular technical capabilities or specialist knowledge, a situation calls for an ADF presence this should be limited to the specific ADF unit possessing those skills. This scenario is already catered for by the existing legislation.”

“ALHR is calling for appropriate caution and scrutiny before any lowering of the threshold for calling out the ADF onto Australia’s streets and before any increase in the powers of ADF personnel, particularly in relation to dealings with members of the public.”