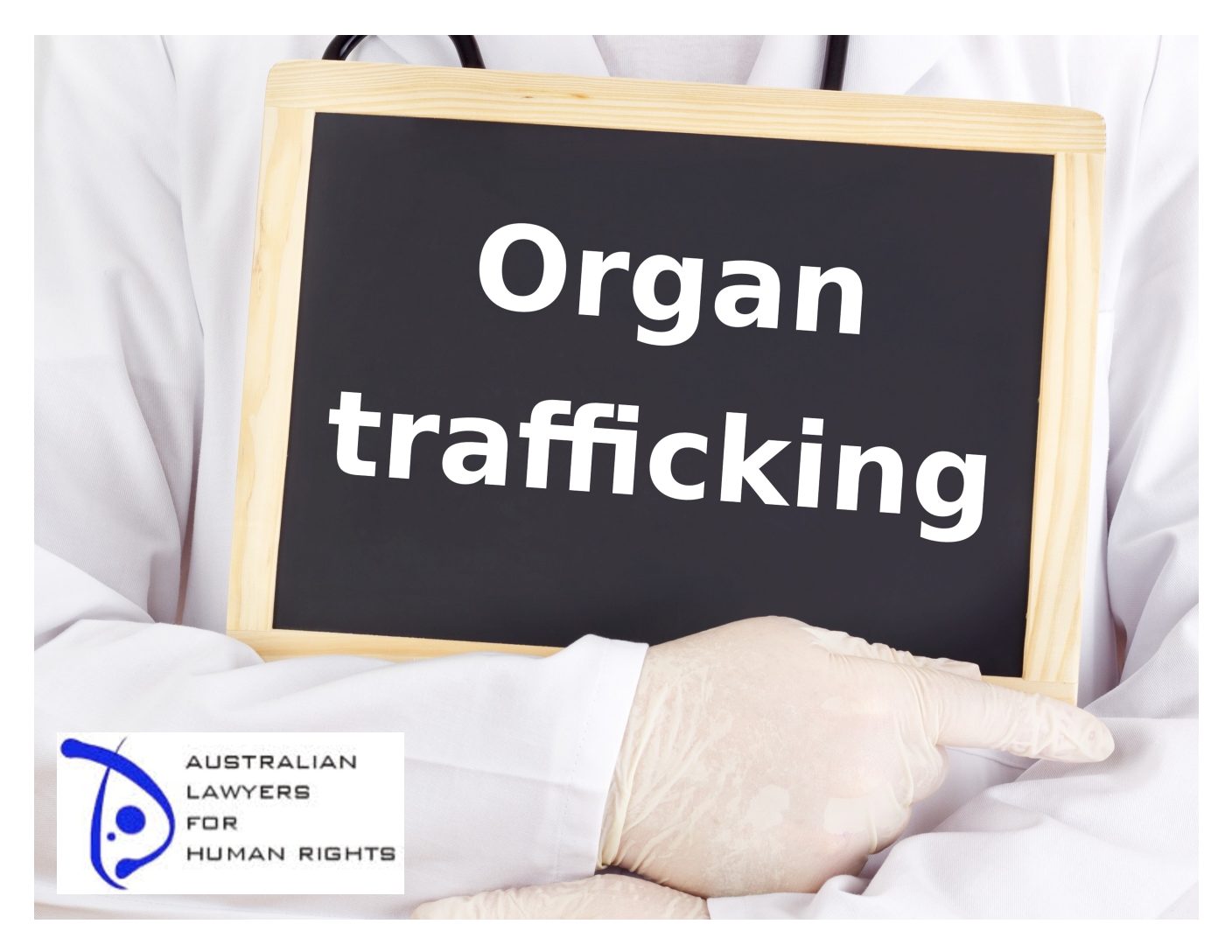 Australian Lawyers for Human Rights (ALHR) has welcomed the opportunity to make a submission to the Joint Standing Committee on Foreign Affairs, Defence and Trade Inquiry into Human Organ Trafficking and Organ Transplant Tourism. The Inquiry is seeking to examine whether Australia’s federal criminal laws should extend to conduct that occurs overseas, and whether Australia should accede to the Council of Europe Convention against Trafficking in Human Organs.

Madeleine Bridgett, Co-Chair of ALHR’s Business and Human Rights Subcommittee said, “This Inquiry is timely and much-needed given the extensive and widespread illegal and unethical organ trade around the world, especially in Australia’s neighbouring East Asian countries.”

Tragically each year Australians die waiting for the gift of an organ. While Australia is a world leader for successful transplant outcomes, our organ donation rates are poor and globally we rank in the bottom half of developed countries well behind the USA, France and the United Kingdom. Our donation rate is less than half that of the world leader Spain.

“For those waiting to receive an organ, these statistics mean that it is often a matter of imminent life and death, and faced with these desperate circumstances some individuals and families look outside of Australia for their transplants, to neighbouring countries. In the search for the perfect organ, recipients may be unaware of the possibility they are obtaining illegally sourced organs” Ms Bridgett said.

“ALHR strongly supports measures designed to protect the human rights of the many thousands of people annually who are victims of illegal human tissue trafficking and organ harvesting. Australia is well placed to make landmark legislative reform in the area of organ trafficking and organ transplant tourism, both domestically and internationally.”

Ms Bridgett continued, “ALHR has long held grave concerns regarding the many egregious human rights and medical ethics violations associated with systemic, forced and state-sanctioned organ harvesting and trafficking. It is now widely acknowledged that executed prisoners, including prisoners of conscience, who may well have been denied a fair trial, have been the principal source of supply of human organs for medical transplantation purposes in China. According to a 2017 Amnesty Australia report, “China’s Deadly Secrets”, it appears that China is continuing to source its organs from prisoners on death row. This form of persecution invariably amounts to crimes against humanity, and Australia must do all it can to bring such crimes to an end.”

Ms Bridgett noted, “Organ trafficking and transplant tourism are by no means confined to China. The world’s most poor and vulnerable populations are exploited for their organs. The UN Economic and Social Commission for Asia and the Pacific rightly notes that people in third world countries who chose to sell their organs may understand the deal but do not possess knowledge of the lifelong implications behind the permanent removal of an organ. They are often simply trying to support their families.”

Ms Bridgett says “Australians who travel overseas for organ transplants are at risk of facilitating grave human rights violations, the exploitation of poor and vulnerable people, and indeed of engaging in criminal activity themselves.”

“ALHR calls on the Australian Government to protect Australians travelling overseas and the victims of organ trafficking by extending current criminal laws to conduct that occurs overseas. We also call on Australia to become a global leader in international and regional efforts to address organ trafficking and transplant tourism. Finally, we call on the Federal Government to invest more in public policy initiatives designed to increase rates of voluntary organ donation within Australia, and to look to world-leading countries for examples of best practise in this regard”, said Ms Bridgett.

Read ALHR’s Submission to the Inquiry into Organ Trafficking here