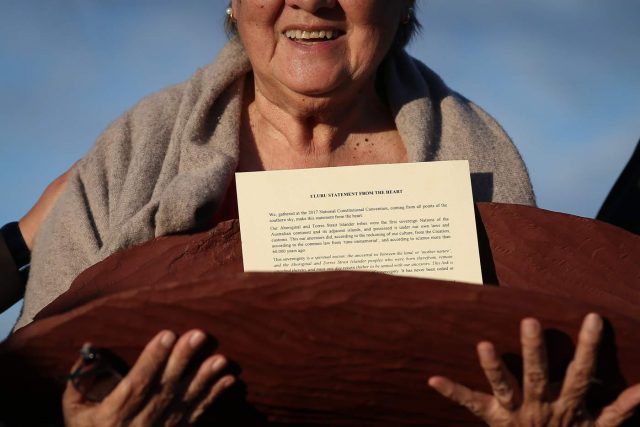 Prime Minister Malcolm Turnbull’s decision to rule out an Indigenous ‘Voice to Parliament’, (as proposed in the Referendum Council’s “Uluru Statement from the Heart”) as “not desirable”, is erroneous and misconceived, says Australian Lawyers for Human Rights (ALHR) President Benedict Coyne.

ALHR calls on the government to reconsider this misguided position and instead embrace the historic opportunity for substantive reform in Australian race-relations, closing the gap on indigenous disadvantage and repairing the damage wreaked by decades of dispossession and rights-violations.

ALHR President Benedict Coyne said, “The extensive consultations undertaken around Australia by the Referendum Council demonstrate that a minimalist model, for example, ‘recognition’ of Indigenous peoples as Australia’s First Peoples in the Constitution, is not widely desired among Aboriginal and Torres Strait Islander communities.”

“Rather, as the Referendum Council noted, Indigenous people and communities called repeatedly for more substantial and meaningful Constitutional reform. The proposed Voice to Parliament would consult with government on legislation and policy relating to Indigenous peoples in an innovative and positive pathway forward for a united nation,” said Coyne.

“The Australian people want the government to take leadership on these important and complex issues rather than backtracking again and again. This nation needs imagination and innovation when it comes to dealing with reconciliation. The government’s position is to focus on purely symbolic efforts. These will never meet the indispensable goals of truth-telling, restorative justice, acknowledgment of continuing Indigenous sovereignty, or gaining the free and informed consent of Indigenous peoples for decisions relating to their lives and communities. The Uluru Statement is a historic opportunity to honour Australian indigenous peoples with empowerment, esteem and self-determination to finally forge forward in building a unified, egalitarian and fair Australia.”

Coyne continued, “Having established the Referendum Council, the government is obliged to listen and hear the voices of Aboriginal and Torres Strait Islander peoples around Australia. ALHR calls on the government to show leadership in building upon the aspirations of Indigenous peoples and sharing with the wider Australian community the value that will be gained for our society by engaging in a meaningful process of listening, learning and agreement-making.”