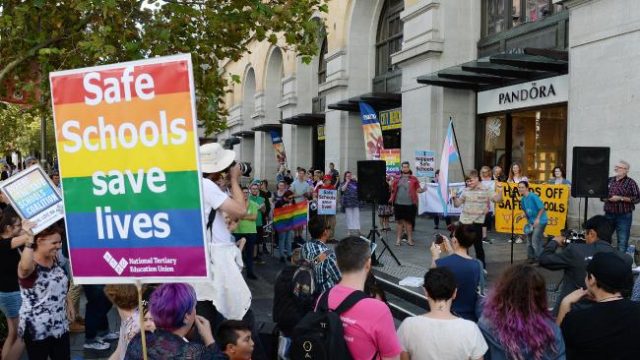 Federal funding for the Safe Schools program is already due to end next year leaving the future of the program in doubt. To date only Victoria and the ACT governments have pledged funding to continue the program.

ALHR LGBTI Rights Subcommittee Co-Chair, Nicholas Stewart, said it was a shame that the war on Safe Schools was based on inaccurate claims of sexualisation of children. “Safe Schools was actually introduced and supported by the Abbott Government and in the context of a broader curriculum that reduces bullying in education settings and promotes acceptance of difference.”

Mr Stewart’s Co-Chair Kathryn Cramp said, “When an issue such as the Safe Schools program, already to be discontinued in Tasmania, is regarded as an urgency motion by the Tasmanian Liberal Party, the LGBTI community should be concerned. We are continually used as a target for conservative fear campaigns with much-needed anti-bullying material for schools being treated as overtly sexual.”

“We call on more state and territory governments to commit to funding Safe Schools beyond 2017 to ensure Australia meets its international obligations to treat LGBTI children with dignity and respect. Discrimination makes children feel isolated, harms mental health and prevents young people from full participation in their education,” she continued.