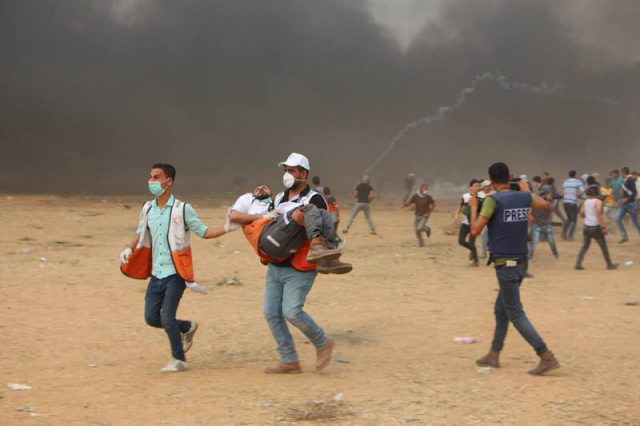 Australian Lawyers for Human Rights (ALHR) has written to the Minister for Foreign Affairs, the Hon Julie Bishop, expressing ‘shock and disappointment’ that Australia was one of only two countries on the United Nations Human Rights Council (UNHRC) to vote against a draft resolution to appoint an independent commission of inquiry to investigate alleged violations of international law on the border of Gaza and Israel. America was the only other country to vote against the independent investigation.

It has been widely reported that on 15 May 2018 the Israeli Defence Force (IDF) used live fire against Palestinian protestors and shot and killed 60 people and injured over 2500 people on the border between Gaza and Israel.

ALHR President Kerry Weste said, “ALHR is deeply troubled by the apparent lack of regard for international human rights law (IHRL) and international humanitarian law (IHL) that is evident in Australia’s decision on Friday to vote against the UNHRC establishing an independent investigation.”

“Australia’s vote is not only out of line with the overwhelming consensus of the UNHRC, but it is contrary to the statements and commitments made by Australia in seeking its recent appointment to the UNHRC. Australia made representations that it would be principled and committed to working with other members to enhance the UNHRCs effectiveness. ALHR calls on Australia to uphold these commitments and to support global efforts to address transgressions of international law wherever and whenever they occur,” said Weste.

“Israel, as a Member State of the United Nations, has agreed to abide by the UN Charter and is accountable to the international community for its conduct. An independent inquiry into Israel’s use of force and rules of engagement in Gaza is necessary to ensure any violations of the UN Charter are appropriately dealt with by the Security Council. The UNHRC, as the central organ responsible for the accountability of international human rights violations, is the appropriate international mechanism to undertake this task.”

“It has been reported that, “Australia was of the opinion that the inquiry must also acknowledge the role of Hamas” and was very concerned that the draft resolution failed a test of ”balance and impartiality”. If that is the case then we urge Australia to draft and put forward for vote its own resolution for an independent, international commission of inquiry under the auspices of the UNHRC.”

“Concerns with the terms of the draft resolution should not lead to a situation whereby the UNHRC is prevented from performing its vital role in investigating serious human rights violations.”

Read a copy of ALHR’s letter dated 21 May 2018 to the Minister for Foreign Affairs, the Hon Julie Bishop here

On 18 May 2018 ALHR had written to the Minister for Foreign Affairs, the Hon Julie Bishop to commend Australia’s decision not to send a representative to the opening of the US embassy in Jerusalem and emphasising Australia’s role in promoting accountability for violations of international humanitarian law. Read that letter and media release here.