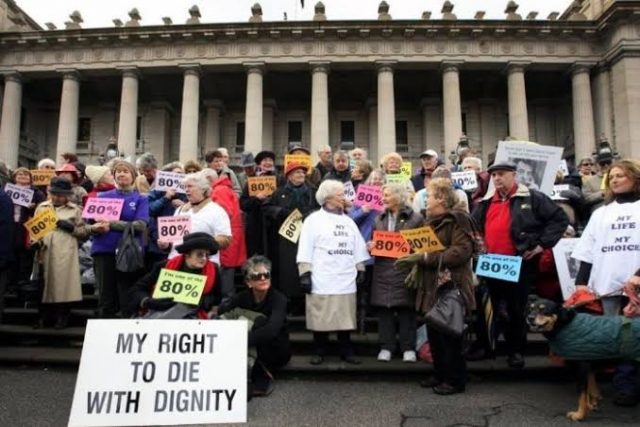 Last week, an overwhelming majority of the Western Australian Parliament’s lower house passed a Bill to legalise voluntary euthanasia. The introduction of the Voluntary Assisted  Dying Bill 2019 (Bill) is the culmination of two recent major reports that involved  significant community consultation across Western Australia and an examination of the Victorian Voluntary Assisted Dying Act 2019, which came into force in June this year.

Australian Lawyers for Human Rights (ALHR) President Kerry Weste said, “ALHR welcomes the Western Australian Government’s progress towards becoming the second State in the country to adopt voluntary assisted dying laws. If passed by the upper house, the Bill will empower terminally-ill West Australians, who meet the relevant criteria, with the autonomy to make informed decisions about their medical treatment and the timing and manner of their death, while also providing appropriate safeguards to protect vulnerable people from abuse.”

Ms Weste noted that the Bill reflects the model now in place in Victoria, “ALHR hopes that  the Bill will ultimately be enacted so that, like Victorians, West Australians may be empowered to make these choices in a manner consistent with Australia’s obligations under the International Covenant on Civil and Political Rights (ICCPR). “

Ms Weste continued, “The  Bill contains 102 very important safeguards for vulnerable people in the community, with a careful examination being required of the decision-making capacity of those wishing to take advantage of the legislation as well as strict eligibility conditions. In order to access voluntary assisted dying a person would need to be over 18, be an Australian citizen or permanent resident, have been resident in WA for at least a year, have a disease, illness or medical condition that is advanced, progressive and will on the balance of probabilities, cause death within six months, or 12 months if it is a neurodegenerative condition. The condition would also need to be causing suffering to the person that cannot be relieved in a manner that the person considers tolerable.”

“The legislation appears to strike a measured and appropriate balance between the rights of terminally-ill West Australians to make voluntary and properly informed decisions, pursuant with their right to bodily autonomy, about end of life and the rights of vulnerable people who may be at risk of abuse.” Ms Weste also noted that, “The Bill protects the rights of health practitioners to conscientiously object to participating in voluntary assisted dying processes. This is consistent with their human rights to freedom of thought, conscience, religion and belief, as provided for under the ICCPR.”

The Bill is expected to go to a final vote in the Upper House later this year.