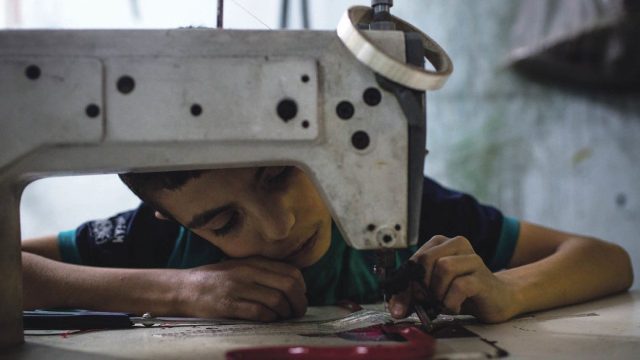 Australian Lawyers for Human Rights (ALHR) is concerned amendments to the NSW Modern Slavery Act 2018 (the NSW Act) passed by Parliament this week will significantly weaken the ability to detect, expose and reduce modern slavery.

ALHR welcomes a number of amendments including ensuring the Act commences as soon as possible and the inclusion of a regular review process. However, the removal of mandatory modern slavery risk reporting by NSW businesses is a concerning reversal which will impair efforts to combat modern slavery.

The NSW Modern Slavery Amendment Bill 2021 Bill now removes the requirement for NSW businesses to report on modern slavery risks in their supply chains. Under the NSW Act, NSW businesses with an annual turnover of $50 million or more were required to report on their supply chains with penalties for non-compliance. With the Bill passing, NSW businesses will only be required to report under the Commonwealth Modern Slavery Act 2018 (the Cth Act), which has a higher reporting threshold of $100 million and no associated penalties for non-compliance.

ALHR NSW Co-Convenor Christina Hey-Nguyen said, “the NSW Government has identified some 1,650 additional entities that would have had to report under the NSW Act. This Bill will effectively mean these entities are no longer captured and will weaken our efforts to tackle modern slavery.

While NSW businesses that do not fall under the Commonwealth framework may voluntarily report on their modern slavery risks, this is not occurring now, so it is difficult to foresee businesses taking action without government support.”

In response to concerns expressed about duplication under the NSW and Commonwealth schemes, ALHR believes there is no evidence to indicate both schemes could not be complementary and mutually reinforcing.  As recommended previously by ALHR, the government could address any unnecessary duplication by providing guidance on how to streamline compliance with both schemes, providing clarity and certainty for business, as it already does in other overlapping areas of responsibility such as environmental protection, schools and healthcare.

The NSW Legislative Council Standing Committee on Social Issues in its Report also recommended evaluation of the NSW Act, including harmonisation of reporting requirements under both Acts, by introducing a statutory review provision (which the Bill incorporates) to further address such concerns.

ALHR is also concerned with the amendment to the prohibition in trading in “tissue” (as defined under the NSW Human Tissue Act 1983) to “but only in relation to tissue that is an organ”. The Bill does not provide a definition of “organ”. This could narrow the application of the provision instead of increasing protection against trading in human tissue.

Further, ALHR is disappointed that the New South Wales Government voted down amendments that would have granted additional powers to the Anti Slavery Commissioner relating to the use of seasonal workers; an area in which human rights abuses have been widely reported.

ALHR’s Business and Human Rights Chair Dr Natalia Szablewska said, “There a number of amendments that are welcomed, however, removing the reporting provisions does not strike the right balance between taking action to combat modern slavery and minimising regulatory burden on NSW businesses.

This is a missed opportunity for the NSW Act to lead the way globally in terms of legislative action to address the scourge of modern slavery in corporate supply chains,” she said.