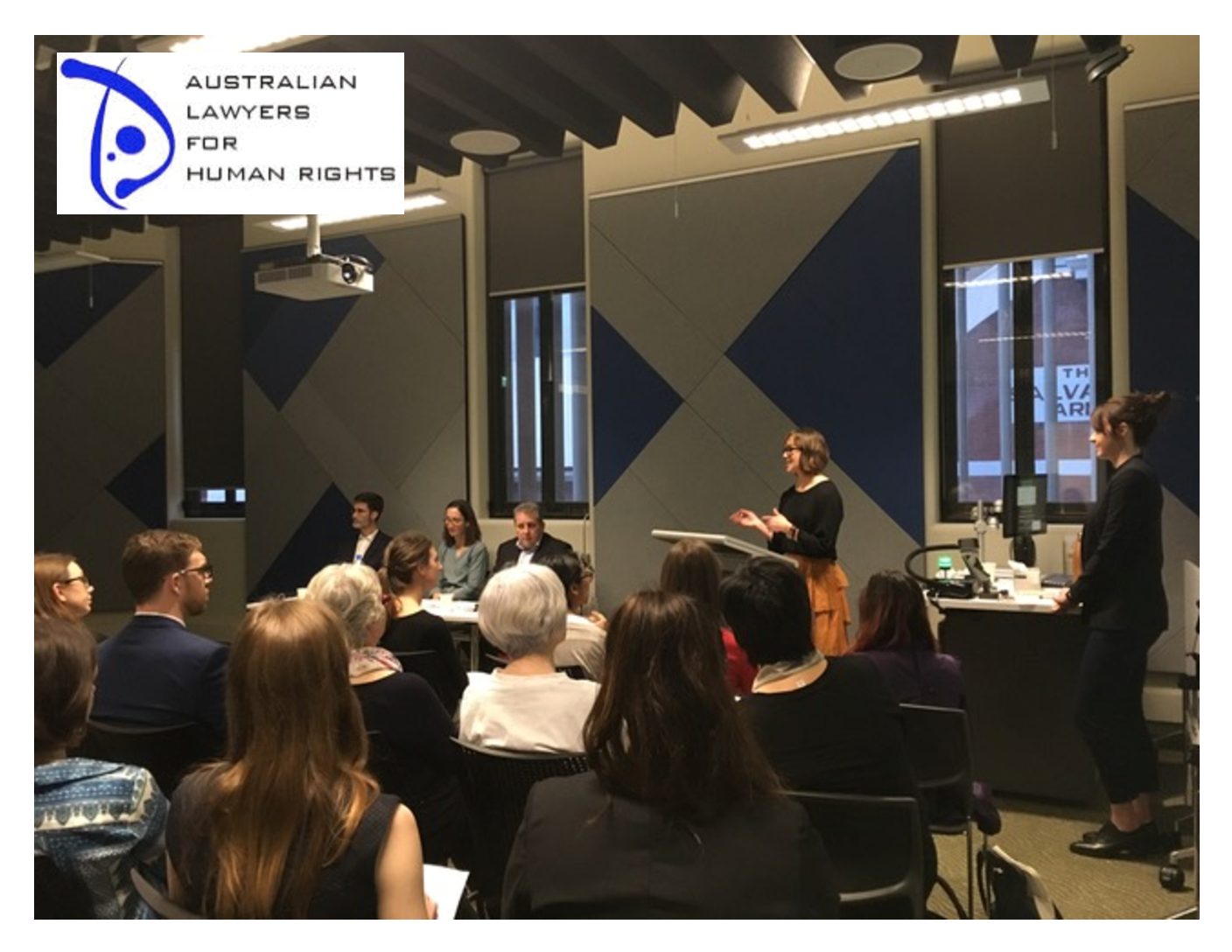 Australian Lawyers for Human Rights (ALHR) is pleased to announce the success of its event, ‘Human Rights in Western Australia – An ALHR Panel Discussion’, held in Perth on the evening of Thursday 14 September 2017.

ALHR was joined by esteemed panellists Chris Evans, CEO of Walk Free Foundation, Catherine Eagle, Principal Solicitor of Welfare Rights and Advocacy Service and John Southalan, barrister and academic. The panel generated insightful discussion and debate on current human rights issues in WA and Australia, much of which focused on strategies for improving both political and broader community engagement in the promotion and protection of human rights.

Ms Long-Droppert and Ms Healy also introduced ALHR’s campaign for a Human Rights Act in WA, with 2017 being the 10 year anniversary of Fred Chaney AO’s report on a Human Rights Act for West Australians. There was consensus among the panel and audience that the success of a Human Rights Act would be measured by its ability to change the status quo, for example, if were linked to a reduction in WA’s appalling rates of Indigenous incarceration.

“The long and lively Q&A session that followed the panel discussion is indicative of the Perth community’s, genuine interest around human rights issues and events of this nature”, Ms Long- Droppert and Ms Healy said. ALHR sincerely thanks event sponsors Albert Wolff Chambers and Curtin Law School for their support of the evening and for providing the exceptional facilities.