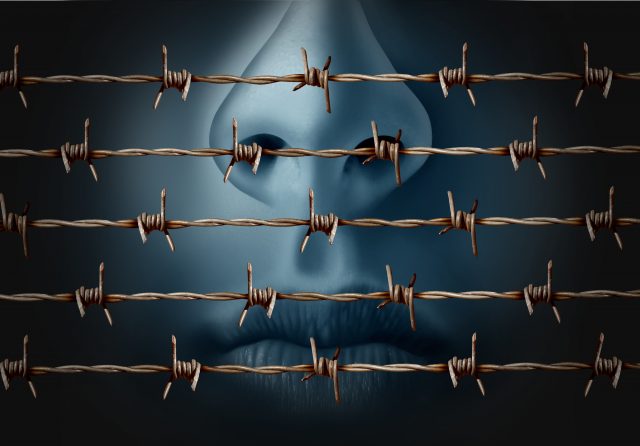 ALHR has made a submission to the Parliamentary Joint Committee on Intelligence and Security Inquiry into the provisions of the National Security Legislation Amendment (Espionage and Foreign Interference) Bill 2017.

We have also made a submission in relation to the Foreign Influence Transparency Scheme Bill and the Electoral Legislation Amendment (Electoral Funding and Disclosure Reform) Bill 2017. We refer to these Bills collectively as the ‘Package’ as they appear to have been drafted so as to inter-relate and reinforce each other

ALHR’s primary concern is that if enacted their package of legislation will violate the fundamental universal human rights to freedom of speech and freedom of expression for persons in Australia, and severely restrict the implied Constitutional right to free political communication.

The Package continues a general trend in recent Commonwealth legislation to impose strict liability and resultant excessive penalties, including in this Bill imprisonment for life, irrespective of whether or not any harm has been caused or is likely to be caused.

ALHR submits that the nature of the types of harm that might be caused by “foreign interference” need to be fully analysed so that the Bill can focus only on real harms.

The Package continues a general trend in recent Commonwealth legislation to impose strict liability and resultant excessive penalties even when there is no intent to harm or at the worst where there is only minor negligence or recklessness (see sections 3 and 4 below). ALHR is strongly opposed to such legislative provisions.

In the case of this Bill, the introduction of economic relations as a national security issue is particularly problematic. It is not clear how it will be possible to establish whether Australian economic relations would have been harmed or were intended to be harmed.

Similarly, defences relating to humanitarian aid are too narrowly drafted.

In the view of ALHR, the combined effect of the type of provisions is not only counterproductive but highly dangerous in terms of a proper approach to the rule of law. In combination, the above drafting problems could have the unintended effect that the Bills in the Package, including this Bill, could severely penalise bona fide and benign behaviour which causes minimal harm.

The Explanatory Memorandum concedes that the Bill limits the presumption of innocence by imposing strict liability and absolute liability for certain offence elements, placing an evidentiary burden on the defendant with respect to defences and providing for evidentiary certificates which are prima facie evidence as to the existence of certain facts.

ALHR strongly opposes these provisions which, given the seriousness of the offences involved, are inconsistent with the principles that form the bedrock of Australia’s criminal justice system as well as international human rights standards.

Australia is a contracting party to the ICCPR and therefore obliged to implement, uphold, protect and respect all of the rights contained within it, including the right to freedom of expression and the right to a fair and public hearing in both civil and criminal proceedings.

The Bill continues this government’s concerning and very undesirable pattern of criminalising ‘reckless’ behaviour that is in no way intended to cause harm, and quite irrespective of whether or not harm has actually been caused. Given that the Bill might result in incarceration for non-malignant behaviour which actually causes no harm, the Bill is potentially in breach of  both the ICCPR and the Universal Declaration of Human Rights (UDHR) which protect the right to liberty.

Australia had a significant role in drafting the UDHR. This is a proud history that Australia has in upholding basic human rights and we should be vigilant to guard against their infringement by the government of the day. Australia campaigned for its seat on the United Nations Human Rights Council on that basis that it is an ‘international human rights leader’ with ‘respect for democracy and the rule of law.’