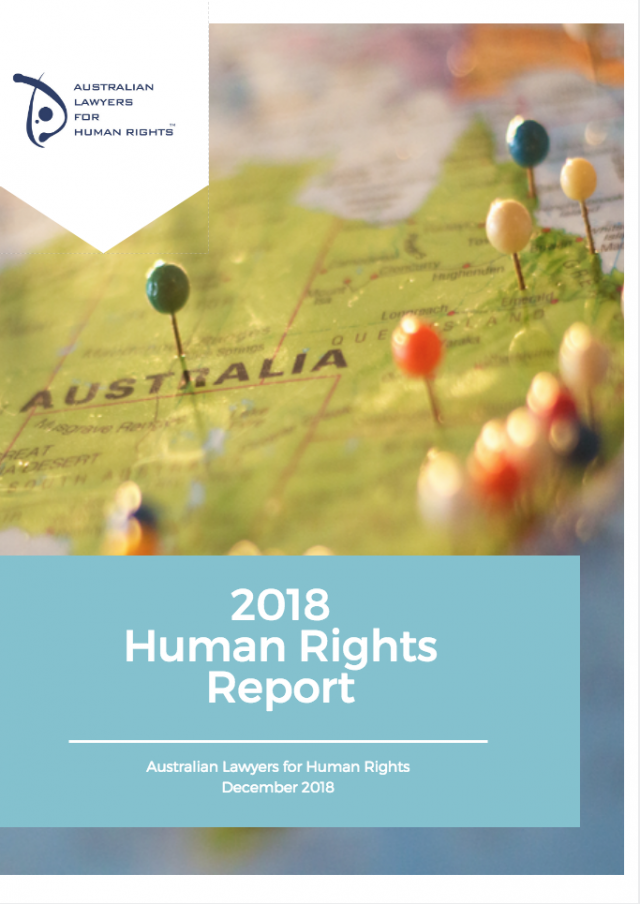 The 2018 Human Rights Report Card from Australian Lawyers for Human Rights (ALHR) has found Australia continues to significantly lag in key areas such as Indigenous rights, children’s rights, disability rights, freedoms and LGBTI rights. Further, many states and territories continued to perform poorly in their approach to human rights.

ALHR President, Kerry Weste said, “As a nation, we can’t seem to move favourably in ensuring basic human rights are established and protected for all Australians equally. Considering Australia has sat on the United Nations Human Rights Council for a year now, our human rights situation is something we must address swiftly and comprehensively.”

“Australia was a founding member of the United Nations and one of eight nations involved in drafting the Universal Declaration of Human Rights, which this year celebrated its 70th anniversary. Our current human rights record betrays the part we played as a nation in the creation of this milestone document which should inspire our political leaders to work to ensure all people can live with freedom, equality and dignity,”.

Ms Weste continued, “While the federal government can be awarded a gold star for introducing a Modern Slavery Act, Australia continues to be criticised by multiple United Nations bodies for its abject failure to protect basic rights on multiple fronts – often impacting most profoundly on vulnerable Australians. The sad fact is that Australia’s record on protecting universal rights has not improved much over the past four decades when Australia began appearing before these UN bodies to defend its record on rights.”

“Australia remains the only Western democracy without a bill of rights or federal Human Rights Act. The immediate creation and implementation of one is the surest way to assist in creating a better platform to help all Australians receive and be guaranteed of their basic rights. The Australian government owes it to all Australians to legally protect our rights.”